Google’s new Photos app is coming soon as a separate experience from Google+. Screenshots of the Android version leaked today, courtesy of Android Police, and there is a lot to show.

We’ve heard rumors that Google+’s image functions may be spun out into a standalone photo service since at least August 2014. In March, Sundar Pichai, senior vice president for products at Google, said the company is going to put a renewed focus on photos. “Photos are a big use case,” Pichai said. “So we are going to say this is the stream now.”

Google Photos will likely launch on mobile (Android with iOS likely to follow) and maybe on the Web too at photos.google.com (which currently redirects to plus.google.com/photos). The new Photos app starts up by showing a new pinwheel animation:

Just like in Google+, the app lets users search (including for specific people, animals, and objects), back up your photos automatically, and manage your photos. Users can view their photos by day or month, as well as in a “comfortable view” which shows photos by day in a staggered grid.

The app also supports the ability to pinch your way into photos, swipe out of them, and even drag to select multiple photos too:

Auto Awesome (released at Google I/O 2013), a feature that applies special effects to photos and creates new viewing experiences with them, is being renamed to “Assistant.” In addition to the existing feature set, it lets users create albums, movies, stories, animations, and collages.

The editing interface has also been revamped: in addition to the usual still filters and adjustments, the cropping interface has a new rotation wheel and now snaps to various aspect ratios. Last but not least, the new app includes photo and video link sharing with privacy controls. 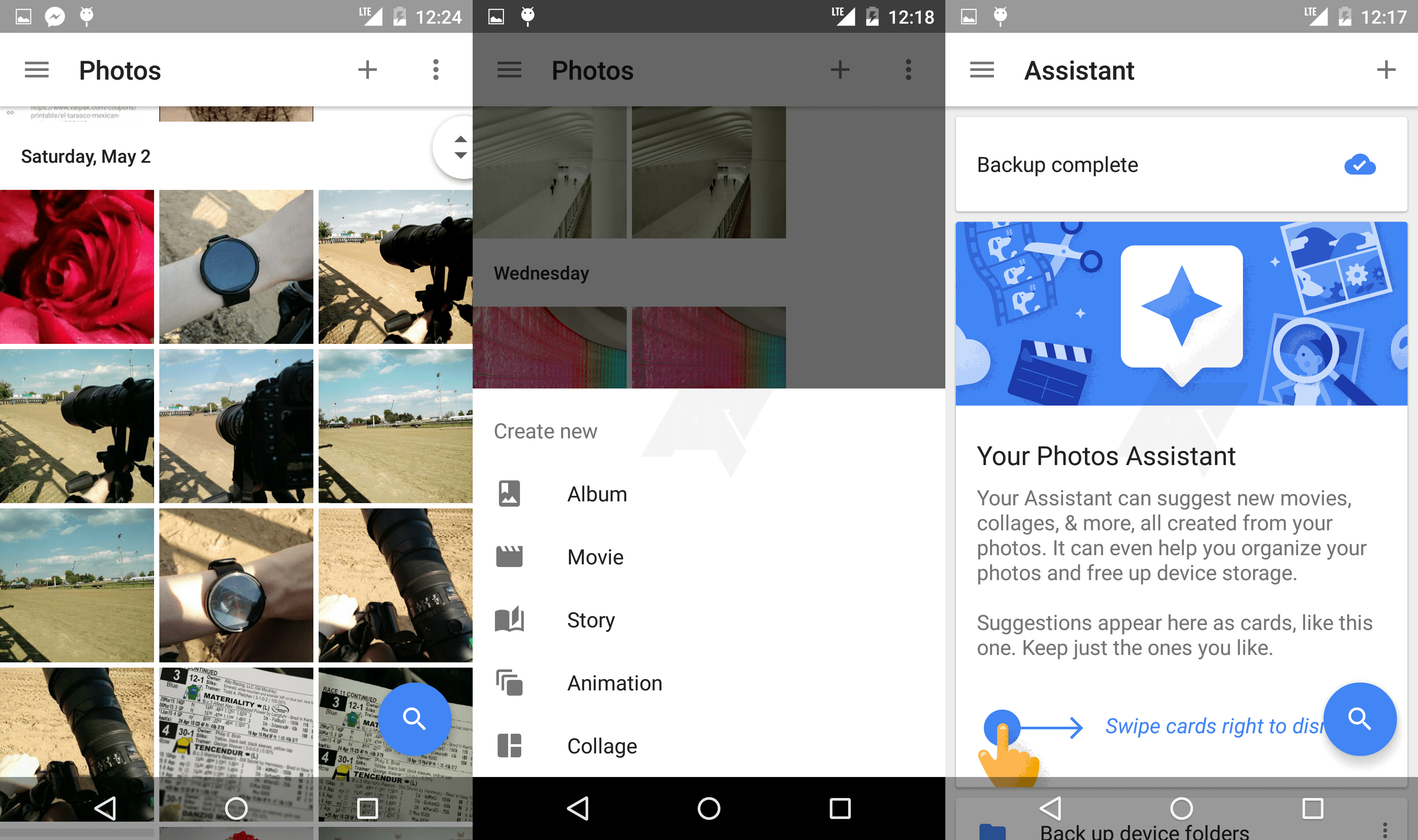 We may see Google Photos at Google’s I/O 2015 in just a few days. Since the event is a developer conference though, if the product does launch there, the company will detail how to leverage the new service.