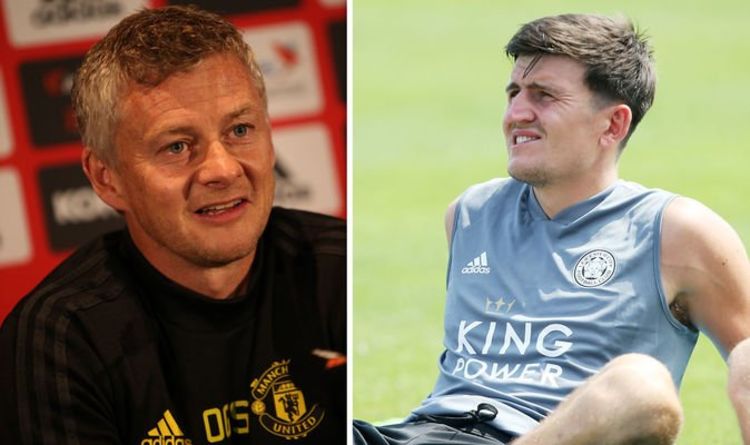 Reports earlier this week claimed that United had made the breakthrough in their pursuit of the England international in a deal worth £80million.

The Foxes had rejected the club’s initial offer of £70m before demanding a fee much closer to their £90m valuation to let him leave the King Power Stadium.

Maguire was said to be expected to arrive in Manchester within the next 48 hours, where he would be set to become United’s most expensive ever defender.

However sources at the club have since made it clear to Express Sport that it is “not the case” that a fee has been agreed, nor that Maguire is scheduled in for a medical at Carrington.

Negotiations are believed to be ongoing between United and Leicester as they look to conclude a deal soon.

The defender has not handed in a transfer request but has informed Leicester chiefs and his team-mates that he wants to leave the club this summer.

He expects them to honour his wishes and let him move on, with United leading arch-rivals Manchester City in the race for the centre-back.

Leicester have given him their word that he will be allowed to leave if the valuation is met.

Executive vice-chairman Ed Woodward has stayed behind in England to work on transfer proceedings while United embark on their pre-season tour of Australia and the Far East.

Ole Gunnar Solskjaer is desperate to land Maguire and intends to build his defence around the 26-year-old. He remains hopeful a deal can be reached before the August 8 deadline.

The Norwegian has insisted that the club will not be forced to overpay for key targets, hinting that they will not find the extra £20m Leicester have asked for.

United have been tracking Maguire since the World Cup where he made himself an England hero after scoring in the quarter-final victory over Sweden.

Jose Mourinho had asked Woodward and chief negotiator Matt Judge to launch an offer for the star after his impressive showing in Russia, but the demand was ignored amid fears of inflation on the back of one good tournament.

Maguire has been in Evian as Leicester continue preparations under Brendan Rodgers ahead of the new Premier League season.

The former Hull man has been included in the squad for tonight’s friendly with Scunthorpe back in England.

He is unlikely to play a major part in the match due to reasons unrelated to his potential switch to Old Trafford.

Maguire is said to have missed Leicester training through illness and Rodgers usually does not field players who have missed the final session before a match.

Not only that, but the Northern Irishman is mindful that a number of his players including Maguire were heavily involved for their countries during the June international break.

Leicester are unlikely to sign a centre-back whatever happens with Maguire, after suggestion they were targeting Lewis Dunk and James Tarkowski as potential replacements.