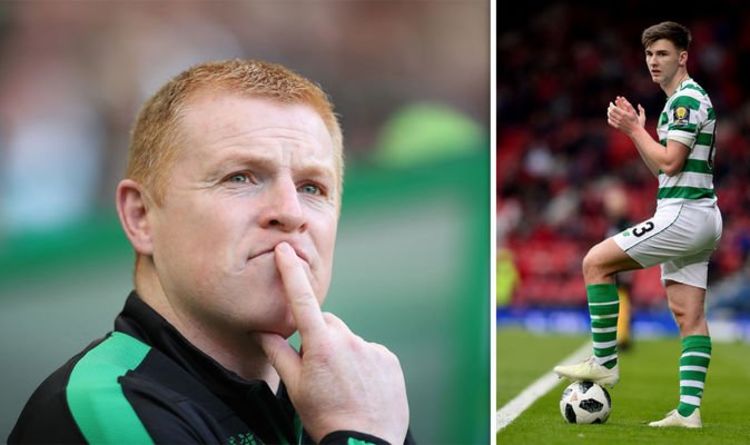 Arsenal chief Unai Emery has made signing the Scotland international one of his main priorities this summer, in which he hopes to majorly overhaul his squad.

So far, the former Sevilla and Paris Saint-Germain boss has been unsuccessful in his pursuit of the left-back, having two offers for the 22-year-old rejected.

His most recent bid for the defender was in the region of £25million, an offer way off Celtic’s valuation of the player.

The Scottish champions are willing to part company with their coveted full-back, but only if their asking price is met.

Lennon – like many Celtic fans – believes Tierney is worth significantly more than Arsenal’s latest offer, citing the £50million Manchester United paid Crystal Palace for Aaron Wan-Bissaka as a reason why the Premier League side should splash out more cash for the youngster.

“Kieran has already achieved a hell of a lot,” the Northern Irishman said.” He has a price and a valuation and the way the market is in England, it could even look like a bargain when you think of Wan-Bissaka going for £50million.

“That is a lot of money and we feel Kieran is a far more experienced and rounded full-back at this juncture in his career.

“We’re certainly not going to be pushed over in any negotiations.

“There’s no question Kieran could play in the Premier League. We’ve had [Virgil] van Dijk, [Victor] Wanyama, [Fraser] Forster, [Gary] Hooper, [Moussa] Dembele – and Kieran is as good and in that bracket.

“His rise has been meteoric. He is a top-quality player, one of the best in Britain. The transfer fee should merit that.

“The bar has been set by the club and they’re pretty adamant they’re not moving on it. For nobody. We are at £20m-plus and it has been rejected out of hand.

“It’s up to Arsenal or anyone else to reach our valuation of Kieran. It’s huge money but he’s a huge player.”

Lennon is eager to retain Tierney’s services and admits he’d be sad to see him leave Parkhead this summer.

“It would be a personal wrench, I’m sure, for him to leave but then maybe he is thinking about taking his career on for a new challenge.

“I’ve had a couple of chats with him over the past few days and it can be unsettling. You are a human being at the end of the day and sometimes your mind races away with things.”