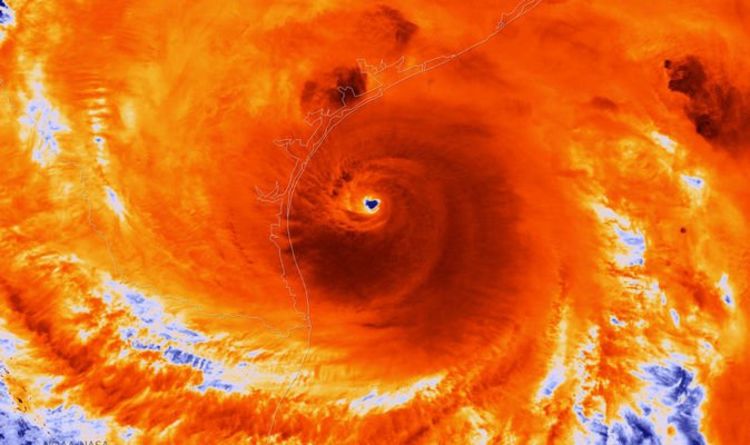 Hurricane trackers are expecting a worse than usual season for 2019 in the US, with five percent more storms than previously predicted. Hurricane season started on June 25 this year with Hurricane Alvin and is likely to continue until November. The most recent system was Hurricane Erick, which stormed towards Hawaii with winds topping 130mph as a category 4 system. Officials believe another nine hurricanes could be on the way.

According to the National Oceanic and Atmospheric Administration, there could be five to nine hurricanes this year.

The federal agency released its latest forecast last week, in which it upgraded the likelihood of an above-normal season to 45 percent from 35 percent issued in May this year.

At least two of the predicted hurricanes could be ‘major’, meaning the storms will rank from a category 3 to 5 on the Saffir-Simpson scale.

These storms spin with average wind speeds of 111mph and over, with some pushing more than 157mph.

READ MORE: Typhoon vs hurricane: The difference between a typhoon and hurricane

The US will start to see most of its hurricanes after August 15, when 80 percent hurricanes form in any given season.

Hurricanes are not the only threat on the cards this year, however, as some 10 to 17 named storms could also develop.

Named storms, officially categorised as ‘tropical storms’ spin with lower wind speeds of roughly 39 to 73mph, but can still cause devastating damage.

Tropical Storm Allison, which made landfall in Houston during June 2001, killed 41 people and incurred $9 billion (£7.4 billion) worth of damages.

Environmental officials have come out to warn the public about the incoming active season.

He said in a statement: “Today’s updated outlook is a reminder to be prepared.

“We urge everyone to learn more about hurricane hazards and prepare now, ahead of time, so that if state and local authorities announce evacuations in advance of a storm, you and your family will have planned where to go and what to do to stay safe.”

The US isn’t the only country at the mercy of intense storms during August as easter China is currently fighting against the effects of typhoon Lekima.

Lekima developed in the Philippine Sea last week with winds topping 120mph, and made landfall in Zhejiang province.

The storm killed at least 49 people as it ripped through the Zhejiang, Shandong and Anhui provinces.

Intense flooding and landslide threats forced more than a million people to evacuate their homes.