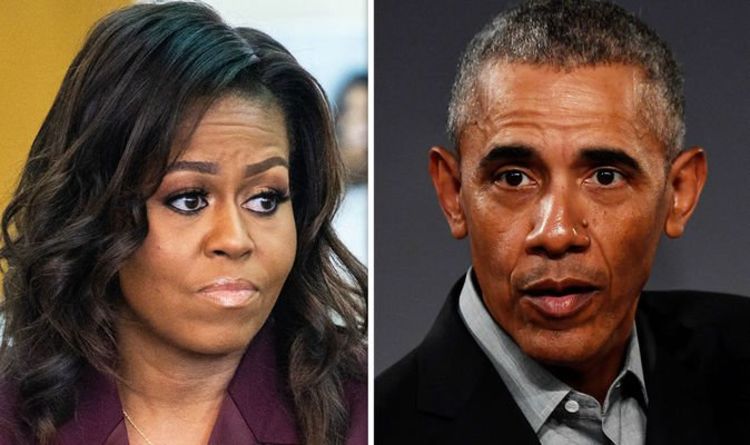 In her book, Becoming, the former First Lady noted her “rage” towards Barack on the visit before they were married. Michelle explained she met Barack’s sister, Auma Obama, who had a dilapidated VW. She went on to explain how her brand new shoes were ruined from having to jumpstart the car.

Michelle wrote: “Auma’s sky-blue VW was so old that it often needed to be pushed in order to get the engine into gear.

“I’d ill-advisedly bought new white sneakers to wear on the trip, and within a day, after all the pushing we did, they’d turned reddish brown, stained with the cinnamon-hued dust of Nairobi

“For every bit of awe we felt in Kenya, we were also tired, which led to quibbling, which led finally, for whatever reason, to rage.”

Michelle wrote in her journal: ‘I’m so angry at Barack. I don’t think we have anything in common.’

Since the experience, Michelle hasn’t visited Kenya despite Barack travelling there in 2006 as the Senator of Illinois and 2015 as the US President.

She also chose not to attend the opening of his sister’s Sauti Kuu Foundation in July 2018.

However, in the book, Michelle said she loved every moment with Obama’s relative who are now her in-laws.

Michelle’s also revealed the heartbreaking reason why she attended marriage counselling with Barack.

She shared the intimate detail of their private life in the hope that young couples will understand that “marriage is work”.

Michelle explained to CBS host Gayle King she and Barack cannot be role models if they don’t tell people the truth.

Michelle said: “Young couples think that all they see of us is the fist bump and the love and I’m looking adoringly at his speeches.

“And my view is that we can’t be up here as role models and not be telling people the truth about life and relationships. Marriage is work. Marriage is hard.”