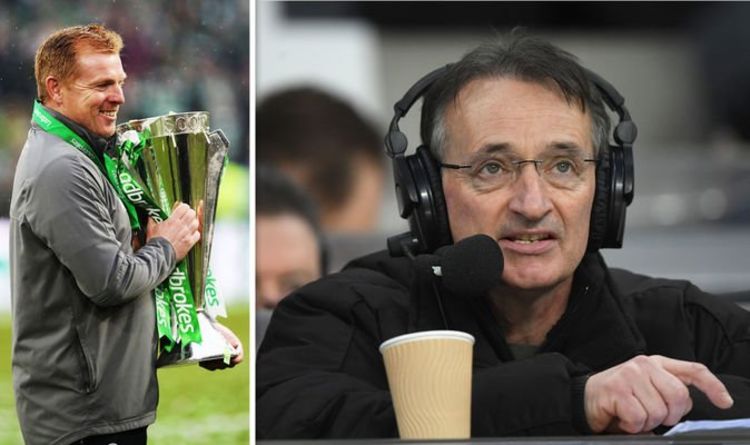 Former Hibs man Griffiths missed most of the 2018-19 season with mental health issues.

The Scotland international returned to the fold last month in the second leg of Celtic’s Champions League first-round tie against FK Sarajevo.

The 28-year-old bagged his first goal of the season in the following round against Kalju Nomme and has scored in both his league outings this term.

And Nevin believes his return could give Celtic a big advantage over their Glasgow rivals in this year’s title race, which many believe will be closest in recent years.

“I was at each of the Old Firm games last season and thought that Rangers gave Celtic a real bloody nose,” Nevin told the Racing Post.

“A lot was asked of Stevie Gerrard at Ibrox but he delivered and there’s the sense there’s more to come.

“They were stronger when Steve Davis arrived last winter and players will jump at the chance to play under Gerrard.

“Rangers have strengthened and so too have Celtic and it’s going to be closer than it has been for years, but do you know what I think will give Neil Lennon’s men that edge? The return of Leigh Griffiths.

“Leigh has had well-chronicled problems and it was very emotional watching him score against Kalju in the Champions League.

“It meant so much to him and meant an awful lot to Celtic fans who know how significant it would be to have a mentally fit and firing Griffiths back in the side.

“Rangers can push Celtic all the way and both should be some distance clear of Aberdeen, who can take third.”

Celtic skipper Scott Brown has been impressed by what he’s seen of Griffiths so far this season and believes he’s slowly but surely getting back to his best.

“I played in that game against England. He played against two monster centre-halves that are world class and he dictated what happened. He won the ball, he won it in the air. He held them off and then scored two phenomenal free-kicks.”

Griffiths and his Celtic team-mates will be back in action on Tuesday night, taking on CFR Cluj in the second leg of their Champions League third qualifying round tie.