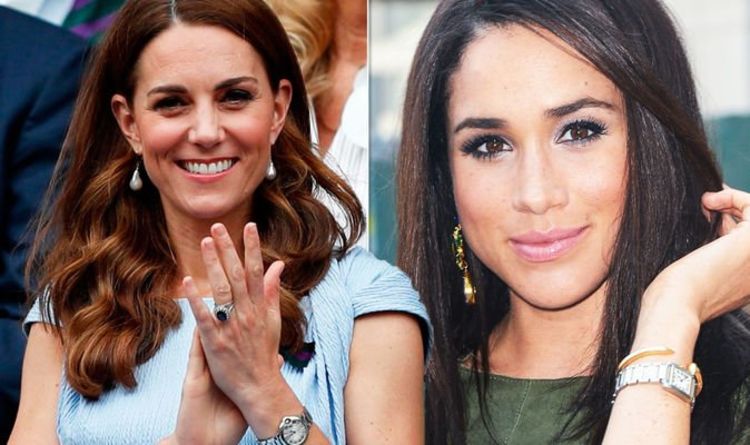 Meghan Markle and Kate Middleton are both style icons in their own rights.

Since marrying into the Royal Family they have inspired items to sell out from a number of brands.

Their wedding dresses have inspired many, and Meghan guest edited the famous September Issue of British Vogue this year.

Both women have penchant from watches from the same French brand, Cartier.

Cartier is a jeweller founded as far back as 1847. It is now synonymous with expensive items, especially women’s watches.

The brand also has a history long linked with the British Royal Family.

So which watches do Kate and Meghan wear?

The now-Duchess of Sussex treated herself to a gold and stainless steel version of the watch when she scored her breakout role of Rachel Zane in Suits.

Meghan engraved the piece with the phrase “To M.M. From M.M” and said she would give it to her daughter one day.

She has the medium sized version of the watch, which costs £4,150. Kate’s piece is relatively modest, as other version have diamonds or mechanical models that increase the price.

Prince William is thought to have bought Kate the watch as a gift, which many have interpreted as a sweet reference to his mother who, as previously mentioned, wore watched from the brand.

The Duchess is a big fan of British brand Jo Malone. She has previously said: “Fragrance is my favourite thing. So much so that if I leave the house and I don’t put any on, I’ll turn around and go back home.”