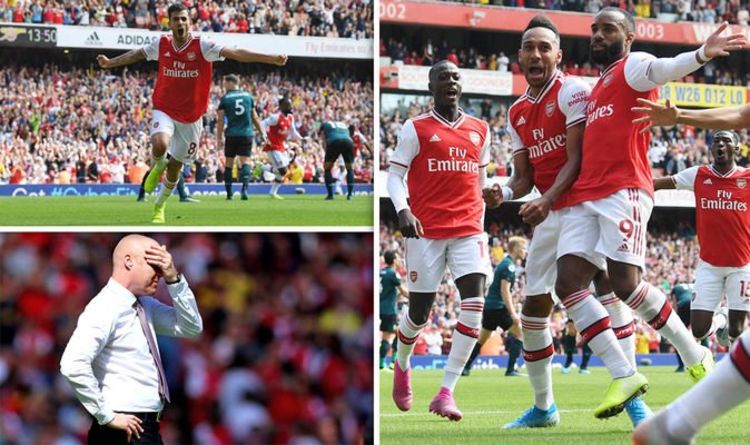 12.00: Arsenal have given an update on Mesut Ozil.

Apparently the midfielder is absent as he was feeling ill earlier this week.

Ozil had missed the match at Newcastle last weekend because of ‘security fears’ after he was targeted in a car-jacking.

11.50: Burnley have left Danny Drinkwater out as he is lacking match fitness and ahead of the match Sean Dyche was asked about the prospects of the midfielder staying for the whole season.

He said: “We are not looking at that at the moment.

“I think Danny knows he needs to get himself going again, he is hungry for the chance and the opportunity.

“He knows he has to work for it, he is been in for a few days now and he knows the group and the demand here and the training level and I think he is enjoying it.

“First thing first is to get him fit and well and then see if he can forge his way into the team and then we can take it from there.”

11.40: So the headlines from that are David Luiz is set to make his debut for Arsenal with Dani Ceballos also starting.

That means Nicolas Pepe will have to wait for his first Premier League start and there is still no Mesut Ozil in the squad.

As for Burnley Ashley Barnes and Chris Wood start in what looks like a 4-4-2.

11.25: At his pre-match press conference Unai Emery discussed whether he would hand Nicolas Pepe his Arsenal debut.

He explained: “I am going to decide on Friday because now is a small difference for my decision about the player.

“It depends how they will be tomorrow in the training.

“Physically also, getting better. He’s more close to helping us than he was at the beginning, after giving us an impact during the match.”

11.15: Welcome to our coverage of Arsenal against Burnley from the Emirates as another Premier League weekend begins.

Team news is out imminently with Unai Emery set to make a number of key decisions.

He shocked with his team selection last week but Nicolas Pepe could make his debut and Alexandre Lacazette could return this lunchtime.

The Gunners beat Newcastle lin their first fixture and will want to make it two wins from two.