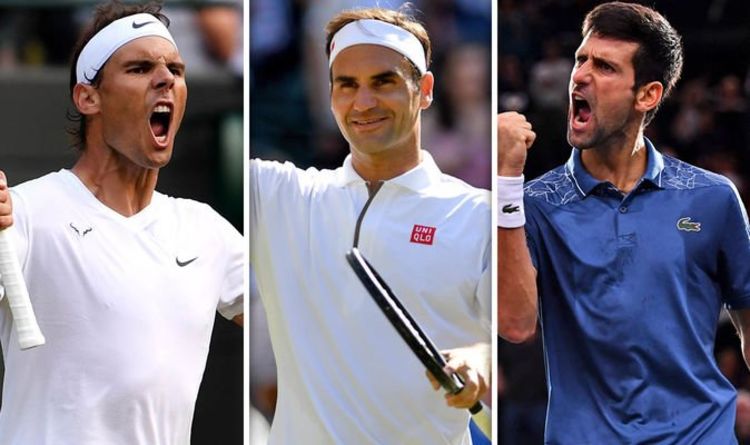 At 38 years of age, Federer is showing no signs of stopping and even entered the French Open this season for the first time since 2015.

After a barren spell of no Grand Slam wins between 2011 and 2016, which saw injury curtail his career, Federer returned with a bang in 2017 by winning both the Australian Open and Wimbledon.

He retained his title in Melbourne a year later and reached the Wimbledon final last month after beating old nemesis Nadal in a hotly anticipated semi-final.

Federer went toe-to-toe with Djokovic in the longest Wimbledon singles final in history, but failed to connect with one of two Championship points as the world No 1 went on to win the title.

But being five years older than Nadal and Djokovic, Federer admits he has to manage his tournaments better to keep him fresh for the Grand Slams.

“My challenge I think is a little bit time management,” he said in a Uniqlo video with Adam Scott.

“It’s the body, making sure I can still stay on the tour, run around and chase those balls.

“Still be successful because no success and then you ask yourself the question, ‘what’s the point?’ if you have no success after all the success I’ve had.

“You need it to survive on the tour.

“I think just ‘how can I keep on improving’.

“It’s so subtle at one point. It’s crazy to think that way but when you’re growing up, your forehand gets stronger, you’re serving bigger, you’re doing all these things and you’re taking major strides.

“Then all of a sudden as you get older – I don’t want to say you get worse – but it’s so hard to maintain and just maintaining means success.

“That’s a massive challenge and I think this is a part of the game in the head and in the racket that I’m constantly seeking.

“It’s like how can I stay as good or how can I just become a little bit better because I honestly feel I’m a much better player than 10-15 years ago, even though I had maybe more success back then.

“That’s got to be the challenge to constantly keep improving.”