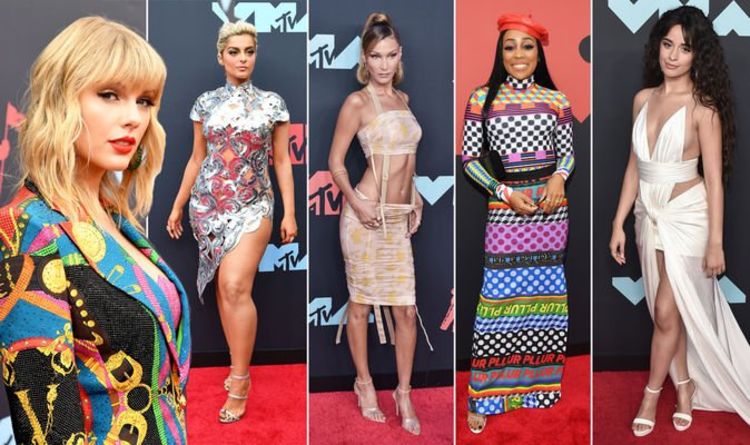 The MTV VMAs 2019 is an annual event which celebrates the best music videos from over the last year and is often attended by the big names in the music industry. Various musicians and celebrities turned heads in revealing and colourful outfits as they walked the red carpet. Last night, winners included Taylor Swift, Missy Elliot, Ariana Grande, Billie Eilish and Camila Cabello. These are all the best and worst looks from the Video Music Awards 2019.

She showed off her legs in a matching leotard and finished the look with green hoop earrings and a pair of black boots.

The country-turned-pop singer picked up the award for Video of the Year for her song, ’You Need to Calm Down’, which features cameos from a number of celebrities.

Missy Elliot received the Michael Jackson Video Vanguard Award, which is only given to the most accomplished performers, and kicked off the show performing a medley of songs across her career.

She kept it casual at the event, wearing an oversized black and gold tracksuit which had her name written across the front.

The singer Bebe Rexha opted for a daring outfit and showed off her ‘Best Dance’ award in a high neck metallic dress.

The barely there design had a high neck and an asymmetric hem and she showed off her legs with a slit up the front.

Veronica Vega showed off her wealth in a silver chainmail bralet which was attached to a skirt made of oversized one dollar notes.

Supermodel sisters, Bella and Gigi Hadid, chose to wear matching nude ensembles as they posed for photos on the red carpet.

Gigi opted for a nude corset style sleeveless top which she wore tucked into a pair of light brown satin trousers.

Bella wore a racier version of the outfit and styled a bandeau crop top with a bodycon skirt, joining them both with belts.

Colourful prints were a popular choice for those arriving at the awards and RnB singer, Monica, wore a clashing long-sleeved body con maxi dress paired with a red leather beret.

The look had a mixture of purple, blue and black polka dots with multi-coloured stripes across the design.

Television personality, Tana Mongeau, caused controversy as she brought a snake with her on the red carpet.

She held the animal around her waist and finished the look with a yellow and black textured mini dress and thigh high boots.