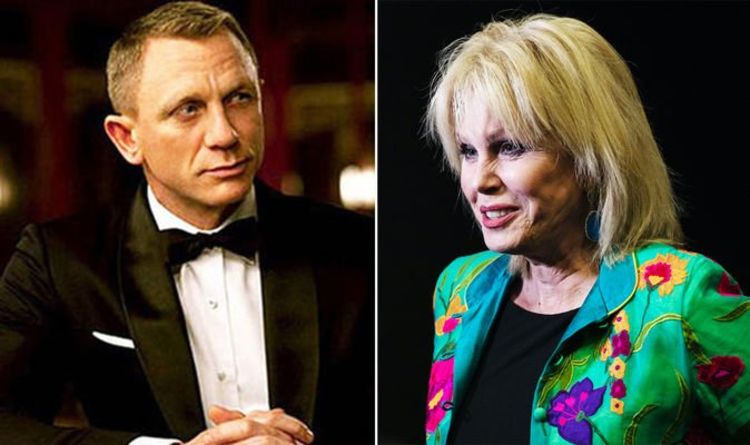 A few months ago, a leak from the James Bond set of No Time To Die claimed that Lashana Lynch’s Nomi is the new 007. No, not the new Bond, he’s retired. Instead, she’s said to have taken up his codename at MI6. Even so, former Bond girl Joanna Lumley, who featured in 1969’s On Her Majesty’s Secret Service, is adamant that Bond and 007 should remain the same male character as author Ian Fleming intended. Speaking with Metro, the 73-year-old said: “He took very special pains to describe James Bond, who was a man, and this was written in the early 50s, who was a British man of a certain height and build and a rather cruel face, a lean build.”

Lumley continued: “It seems odd to me you’d make that a woman.

“By all means write another character who works for MI6, write a new one but don’t tag onto this lazy business of pretending it’s James Bond. Make a different one.

“It would have to be 008 or somebody else and make it a woman if you have to.

“Remember James Bond is a character written by a real writer.”

She added: “You wouldn’t make Mr Pickwick into a 23-year-old girl…”

But even so, perhaps Daniel Craig’s Bond will die in No Time To Die.

With this in mind, maybe Lynch will continue as 007 in a spin-off?

However, it does seem unlikely that Bond 26, the inevitable reboot with another actor in the role, would just be Lynch.

Although, this is appealing to some fans because it means different characters can be 007 without literally being James Bond.

What is probably more likely is some sort of Nomi 007 spin-off for a while before a male actor is cast as James Bond 007 for the Bond 25 reboot.

After all, producer Barbara Broccoli has confirmed that Bond will also be male – but she’s perfectly open to non-white stars taking on the role.