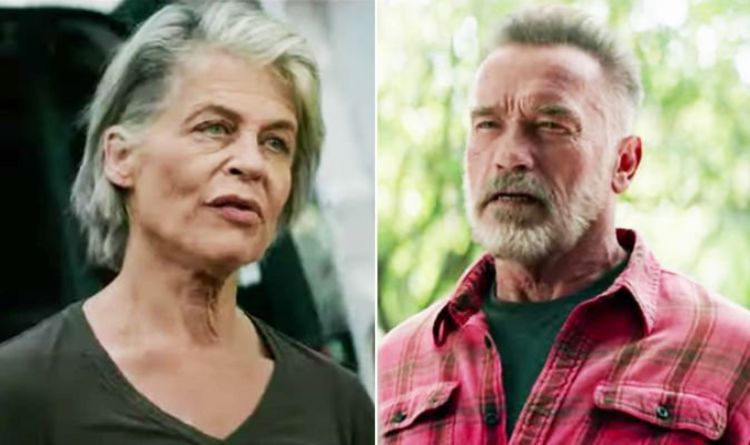 The direct sequel to Terminator 2: Judgement Day is almost here. In a new trailer for Terminator: Dark Fate, Sarah Connor speaks of how she changed the future, preventing the Judgement Day that was supposed to occur on August 29, 1997. However, it soon becomes apparent that humanity’s fate still wasn’t altered. Now in the present day, a new Terminator played by Gabriel Luna has been set back in time by Skynet to terminator Natalia Reyes’ Dani Ramos. However, Mackenzie Davis’ Grace, a cyborg, has been sent back to protect her.

From what the new trailer shows, Linda Hamilton’s Sarah Connor and Arnold Schwarzenegger’s older T-800 are helping protect her too.

When asked why Connor says: “I was her.”

So by the sounds of it, Dani is the mother of a future human hero in the war against the machines like John Connor.

Meanwhile, the older T-800 was one of several sent back in time to kill John in the past, but abandoned its mission and has been living in isolation until Sarah recruits him in their mission to protect Dani.

The actor also expressed his gratitude for his return, especially as he’s been trying to get his life back on track after a troubled life involving drugs and stint in prison.

Furlong continued: “It was like a blessing man. I was very excited you know, like really uh, yeah I was trying to turn my life around at that point – so I mean it was uh, it was kinda a good call to get, you know?

“It kinda felt like a gift from all that you know, plus I was supposed to do the other Terminator but I done f***ed that s*** up.”

Terminator: Dark Fate is released in UK cinemas on October 23, 2019.