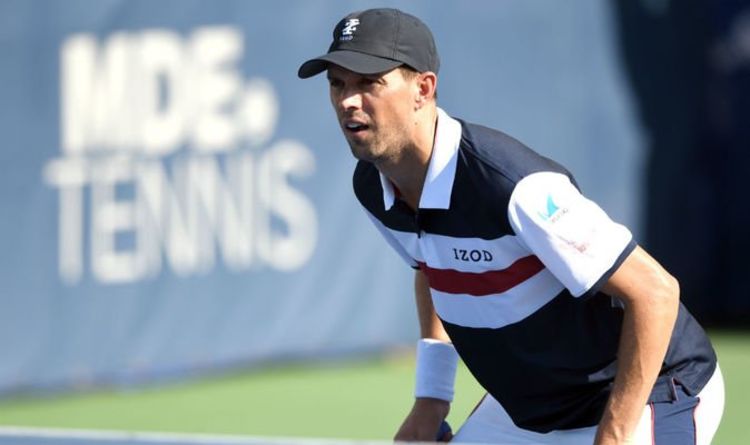 American doubles star Mike Bryan has been fined $10,000 by the USTA after using his tennis racket to mimick shooting at a linesperson.

Along with his twin brother and longtime doubles partner Bob, Mike is one of the biggest names in US tennis.

But the 41-year-old fell foul of the US Open rules after an insensitive moment on Saturday night.

In the second set of the Bryan brothers’ clash with Federico Delbonis and Roberto Carballes Baena, a lob from Delbonis was called in by the linesperson.

The call was challenged and Hawkeye showed the ball was out which led to Mike spinning his racket, pointing it at the linesperson like a rifle then pointing his finger at them and the umpire Mariana Alves.

He then shook his head disapprovingly and the umpire immediately issued him with a code violation for unsportsmanlike conduct.

Bryan disputed the issue saying: “Just tell me what I did real quick? What was the gesture?”

Alves told Bryan her decision was because his gesture was not “appropriate”.

In a statement to the New York Times, Bryan apologized and promised not to repeat the gesture.

“I apologize for any offense I may have caused,” he said.

“We won the point and the gesture was meant to be playful.

“But given the recent news and political climate I understand how my gesture could be viewed as insensitive. I promise that I will never do anything like this again.”

The incident came on the same day a 17-month-old child was shot in the face during a mass shooting in Texas.

Seven people were killed and 22 injured in the attack.

Texas governor Greg Abbott said: “This is all of our worst nightmares but thank God she’s alive and relatively well. Toddlers are funny because they can get shot but still want to run around and play. We are thanking God for that.

“For now it’s pretty bad … it doesn’t seem like her jaw was hit, just lip, teeth and tongue. She’s having surgery tomorrow. We’re thanking God for healing her.”