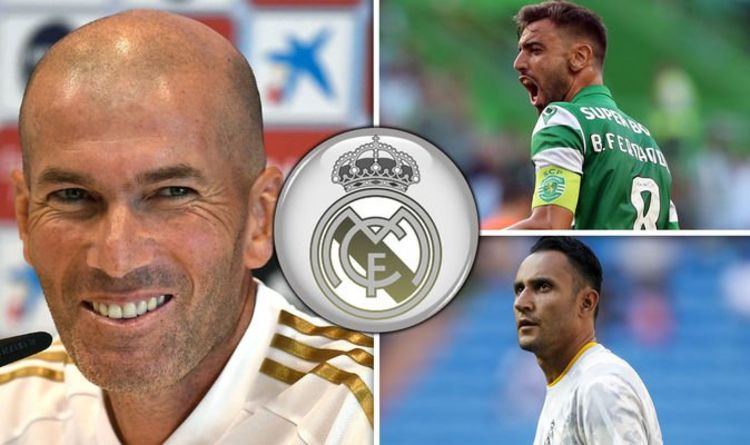 Paul Pogba has boosted Zinedine Zidane’s long-term ambition to sign him by stalling over a new long-term contract.

The Mirror claim Pogba will not sign a deal to keep him at Old Trafford as he plans to move away in one of the forthcoming windows, although the club can trigger a 12-month extension.

Pogba and his agent Mino Raiola tried to create an escape route this summer but have given up on attempts to link up with Zidane after it became clear Real did not have the available funds.

Running down his deal will leave United in a sticky position as the longer they keep him, the lower his market value.

The well-connected chief told Corriere dello Sport on the weekend: “Bruno Fernandes will go to Real Madrid for £63million (€70m),” when he was asked about rumours of interest in Sporting Lisbon midfielder Raphinha.

“Sporting could be finished in the market because Bruno Fernandes will go to Real Madrid £63m (€70million).”

Fernandes said earlier in the summer of his desire to move to England and has claimed he agreed terms with Tottenham but Sporting blocked the move.

Neymar will stay at Paris Saint-Germain despite wanting to leave the club this summer.

Real Madrid were interested in the Brazilian and found themselves in direct competition with El Clasico rivals Barcelona.

As Barca picked up the pace in their pursuit, Los Blancos sat back and Neymar agreed on the weekend to fulfil his contractual obligations after the international break.

Zidane could go back in for the forward next transfer window but the immediate focus seems to be on midfielders.

Real Madrid goalkeeper Keylor Navas reportedly flew to France after the side’s 2-2 draw at Villareal on Sunday night ahead of a move to Paris Saint-Germain.

AS report a deal will be completed today which sees Navas join PSG, with Alphonse Areola coming to Bernabeu in return.

Navas made 21 appearances last season as he became second-choice to Thibaut Courtois, and Zinedine Zidane is willing to let him go.

The deal is expected to be a straight swap with no additional fee being paid by either club.