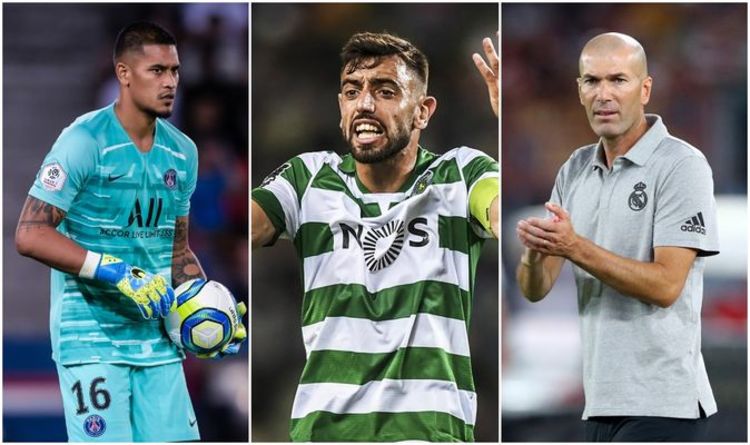 Real Madrid transfer news LIVE updates: All the latest news and gossip from the Bernabeu

The report says Al-Khelaifi was confident that the Catalan giants wouldn’t be able to cough up £273m for the Brazilian international.

And as expected, Real Madrid goalkeeper Keylor Navas has joined PSG for £12million.

The Costa Rica international was announced moments after Alphonse Areola joined Zinedine Zidane’s side on a season-long loan.

Navas, 32, has signed a four-year deal and is expected to slot straight into Thomas Tuchel’s starting XI with Sergio Rico and Marcin Bulka behind him.

“The club wants to show his gratitude and love for his behaviour and his delivery in the five seasons he has defended the Real Madrid shirt,” Real Madrid said in a statement.

“Keylor Navas has been part of one of the most important stages of our history, in which he has won 12 titles, including three European Cups. Real Madrid wishes you the best in your new career.”

The 26-year-old French international joins on a season-long loan without the option to make the deal permanent.

PSG tweeted: “Alphonse Areola joins Real Madrid until 30th June 2020. The 26-year-old shot-stopper, capped three times for France, is under contract with Paris Saint-Germain until 2023. The loan deal with Real Madrid does not include a purchase option.”

The announcement is expected to trigger the arrival of Keylor Navas to PSG.

One in, one out

The Costa Rica international hasn’t played a minute of competitive football under Zinedine Zidane this season and looks set to leave the Bernabeu.

According to El Chringuito, Areola has already passed his Real Madrid medical and will play second-fiddle to Thibaut Courtois.

Real Madrid are set to complete the signing of Bruno Fernandes.

That’s according to ESPN journalist Manu Martin, who claims the Portuguese midfielder will be announced in the next seven hours.

“Well, one of the bombs that Zidane said is going to be announced tomorrow. Bruno Fernandes almost closed,” Martin tweeted after last night’s 2-2 draw with Valencia.

Fernandes, 24, recently revealed that he had agreed to join Tottenham but the clubs failed to reach an agreement over his valuation.

Now, Spurs’ loss will be Zinedine Zidane’s gain with the Daily Mail adding that Real Madrid are close to finalising a £64m deal.

Zinedine Zidane has confused everyone at the club and doesn’t know his best starting XI.

That’s according to former Real Madrid sporting director Jorge Valdano, who thinks Zidane is “not the same” Zidane who led the club to three Champions League successes.

“Madrid’s problems this season are not the same as the ones they experienced last season because from what we have seen so far, Zidane is not the same,” Valdano said. “Over the summer, he ended up confusing everyone – including the fans. Bale was supposed to leave but now he’s an undisputed starter.

“In my opinion, instead of enhancing the team, he’s confused the players. Now we don’t know which players are in his starting XI.”

The Brazilian star will join the La Liga outfit on a season-long loan deal having penned a one-year extension with Barcelona.

The 26-year-old’s contract was set to expire in June 2020 – meaning Rafinha would have been eligible to sign a pre-contract agreement with clubs outside of Spain.

New boss Antonio Conte has made it clear that Icardi, 26, has no future at the San Siro – despite a phenomenal 124 goals in 219 appearances.

Now, the Argentine will join Neymar, Kylian Mbappe and Edinson Cavani in Paris.

Journalist Fabrizio Romano claims Icardi has arrived in the French capital and is currently undergoing a medial.

It’s said Icardi will extend his contract with Inter before joining PSG on a season-long loan with the option to buy for £63million.