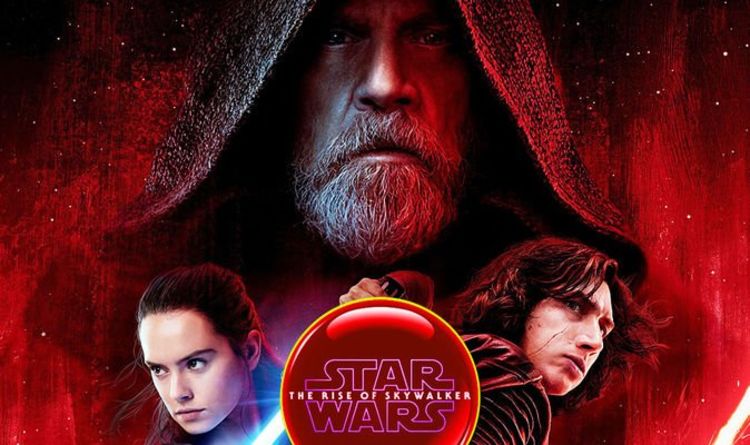 Star Wars The Last Jedi endless teased fans over the revelation of Rey’s parentage. There was a moment when it appeared all was about to be revealed, but it was, literally, just smoke and mirrors. Then Kylo Ren told her she was the offspring of worthless lowlives, although many fans believe it was yet another misdirect. But what if that frustrating scene in the cave on Ahch-To actually had a different hidden meaning? Is te big screen franchise about to introduce the Mortis storyline from Clone Wars?

A very smart fan on Reddit spotted that the hand gestures made by Rey in that scene exactly match those of the mysterious creatures who live in Mortis.

This realm exists within the Force but apart from the known universe. It is inhabited by only three powerful force-users: the Son, who represented the destructive and deadly aspects of the realm; the Daughter, who represented peace and creation on Mortis; and the Father, who maintained the balance of the Force between them. Mortis is some sort of fulcrum for the entire galaxy and a conduit for the Force.

Can anyone think which three characters could possibly mirror the Son, Daughter and Father?

The Last Jedi director Rian Johnson even admitted he had watched and loved the Clone Wars episodes about Mortis.

Are Kylo Ren, Rey and Luke really the three figures who represent destruction, creation and balance?

In the Clone Wars animated series, the Father brought Anakin Skywalker, Obi-Wan Kenobi, and Ahsoka Tano into Mortis so that Anakinn (as the Chosen One) could take his place and maintain balance.

The entire Skywalker saga has revolved around the Chosen One and the quest to bring balance to the Force.

Did Rey make the same hand gestures as the three beings from Mortis? Was Rian Johnson referring back to those Clone Wars images?

The relationship between Luke, Rey and Kylo Ren definitely needs to be resolved in Episode 9, as well as the reintroduction of Anakin and Palpatine.

It is a thrilling idea that Mortis could be introduced into the saga but possibly a little too removed from everything else going on.

Rey’s gestures were more likely just the expected movements of someone trying to figure out if the reflections in front of her were real or not.

STAR WARS THE RISE OF SKYWALKER IS OUT ON DECEMBER 19