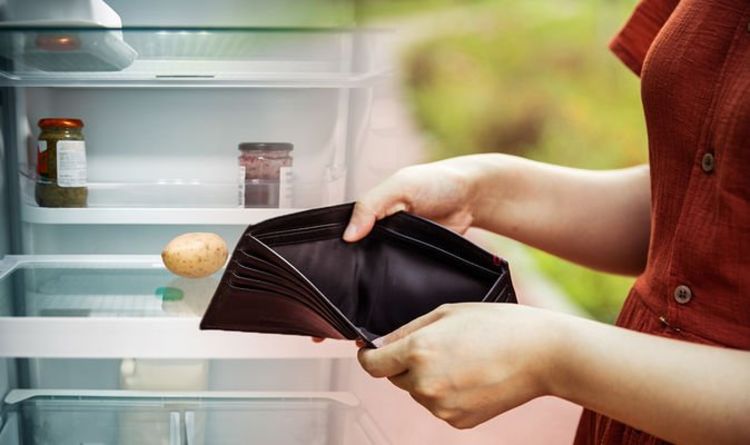 55 per cent of people who claim Universal Credit have gone without essentials such as such as food, heating and toiletries, new research from over the last year for a Citizens Advice report shows. In comparison, 37 per cent of those on frozen “legacy” benefits, are said to have gone without these essentials in the same time frame. Universal Credit is replacing six income-valeted “legacy benefits”. These are: Child Tax Credit, Housing Benefit, Income Support, income-based Jobseeker’s Allowance (JSA), income-related Employment and Support Allowance (ESA), and Working Tax Credit.

The Citizens Advice research also found that 38 per cent of people claiming Universal Credit said they had fallen behind on rent or mortgage payments, compared to 23 per cent of those on frozen “legacy” benefits.

Furthermore, the study found that 51 per cent of people claiming Universal Credit have lost sleep due to money worries.

Citizens Advice have surveyed people receiving benefits that have been frozen since 2016, finding in the last 12 months, 49 per cent of people have struggled to meet essential costs such as food and toiletries, and 23 per cent have fallen behind with rent or mortgage payments.

While the charity supports the Universal Credit principles, it has claimed design features of the benefit are leading to financial difficulties for many people they support.

Citizens Advice suggests the five-week wait could be a contributing factor to the financial difficulties some recipients face.

Gov.uk explains it usually takes around five weeks for a person to get their first payment.

This includes a one-month assessment period, and up to seven days for the payment to reach one’s account.

Those who need help with living costs during this time can apply for an advance, with the amount being the claimant’s first estimated payment.

An advance is an interest-free loan which the claimant begins to pay back out of their first payment. It must be repaid within 12 months.

Gillian Guy, Chief Executive of Citizens Advice, said: “The benefits system is designed to help people with their finances in times of need, but too often our frontline staff and volunteers see a different story.

“We’ve found people are losing sleep and unable to afford essential things like food and housing while receiving Universal Credit.

“It is totally unacceptable that our benefits system is not providing the financial safety net that people need.

“The government needs to take urgent action in this week’s spending review by reducing the five-week wait for Universal Credit and ending the freeze on benefit rates.”

Danielle, a parent of two children who was helped by Citizens Advice, said: “I have been through so much in the past year. I was diagnosed with breast cancer. I went through chemotherapy and now I am in remission and healthwise am doing so much better.

“Universal Credit during this time added so much stress that I did not need.

“My payments were delayed when I went from being self-employed to being off due to needing chemotherapy.

“Thankfully I have family who were able to help me to make sure my rent was paid. And I repaid them when I received my Universal Credit payments.

“But the stress of thinking I might not be there for my children and how I would pay my bills was at times unbearable.”

A Government spokesperson said: “Tackling poverty will always be a priority for this government. There are no current plans to extend or maintain the Benefit Freeze after March 2020.

“Income inequality and absolute poverty are lower than in 2010, but we know some families need more support, which is why we continue to spend £95 billion a year on working-age benefits.

“Universal Credit is supporting more than two million people and it’s working for the vast majority. Advance payments provide money urgently for people if they need it, and there are measures in place to ensure repayments are affordable.”

READ MORE: Universal Credit: How you could boost savings by £1,200 – are you able to benefit?

Renters without insurance fail to protect themselves against illness and injury
Michel Barnier skewers Macron as he issues dire electoral warning ‘Playing with fire’
Bill Gates divorce: Melinda could become second-richest woman in the world
Dogecoin price: Why is dogecoin going up, will it keep rising?
Dogecoin price hits new record high ahead of Elon Musk SNL appearance
LEAVE YOUR COMMENTS
Follow us on Facebook
Follow us on Twitter
Follow us on LinkedIn
Follow us on YouTube