Millennium Health started out in 2007 as a lab service that tested urine samples for doctors around the country. But the company has since grown into a powerful bioinformatics and analytics company.

Doctors send urine samples to Millennium, whose system can detect 130 drugs and return results to doctors within 24 hours. Millennium has been especially focused on testing for opioid and mental health drugs.

“We wanted to tell doctors what they [patients] are taking, what they are not taking, and what might be in the patient’s systems that might lead to an adverse outcome,” Millennium CEO Brock Hardaway explained at the J.P. Morgan Health Care conference Tuesday.

But Millennium wanted to do more. So it added an analytics business, or rather acquired one with its 2013 purchase of RxAnte. RxAnte gave Millennium the big data and population management chops it needed to tell doctors in advance which patients are at risk for misusing medications in some way.

To underline the importance of this, Hardaway has some scary stats in his pocket.

In the U.S. we spend more than $ 300 billion every year on prescription drugs, Hardaway pointed out. He adds that for every one of those dollars spent on drugs, we spend another dollar on fixing the health problems created when people overuse, underuse, or misuse those drugs. For example, 95 million people will go to the emergency room for one of those reasons this year.

The majority of the companies presenting at the J.P. Morgan conference this week are biotech and pharmaceuticals companies, about which Hardaway had this to say: “The problem is not the drugs that get discovered. The problem is how people take the drugs.”

Many in health circles are talking about new Hepatitis C drugs, which are very expensive but can be very effective if taken properly. So detecting and correcting misuse can mean the difference between a big net savings or a loss for the health system.

The company added on a genetics business in 2012, which helps it further instruct physicians on the probable effectiveness of specific drugs based on the genetic predispositions of the patient. Millennium analyzes clinically relevant genetic variants for 11 genes related to medication response to give clinicians information to support decisions for more than 30 commonly prescribed medications across 14 medication classes, the company says.

“We want to give doctors clinically rich, clinically relevant, and clinically actionable so that physicians can use the information to help the patient sitting in front of them, Hardaway says.

There’s also a mobile app called PGT Consult that delivers test results, and the analytics and genomic decision support information, to the doctor at the point of care.

The result is a very profitable company. Hardaway says his company has reported 27 quarters in which EBITDA revenue has grown. “Millennium has never had a down quarter,” he added.

Millennium Health was founded in 2007 by an engineer named Jim Slattery who had suffered a severe injury and was taking opioids. It was during this time that Slattery became aware at the wide misuse of opioids and the costs of that in dollars and lives. 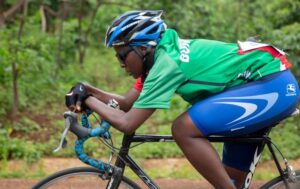 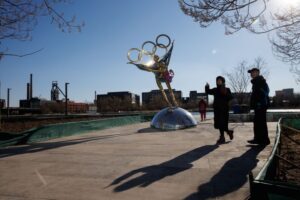 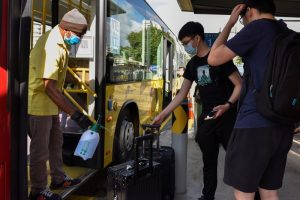 39 mins ago
Social Share Buttons and Icons powered by Ultimatelysocial