A heavyweight unification bout between Anthony Joshua and Tyson Fury is widely expected to take place before the end of the year, with both fighters having stated their intentions to face one another in the ring. Matchroom chief Eddie Hearn is optimistic that a deal can be done within the next few weeks, with the two parties said to be nearing an agreement after contracts were reportedly exchanged between their respective camps.

Despite Hearn’s enthusiasm and the obvious demand for such a fight, a number of obstacles have threatened to slow down negotiations or even prevent the highly-anticipated bout from happening at all.

For example, Deontay Wilder has the option to mandate a third fight with Fury after the American was knocked out in embarrassing fashion in February last year.

Oleksandr Usyk, the mandatory challenger to Joshua’s WBO belt, could also prove a challenge to win over with the Ukrainian expected to demand a significant fee in order to step aside and allow the former Olympic champion to face Fury.

Hearn has previously claimed that the all-British showdown will take place regardless of any objections from Wilder or Usyk, but the controversial promoter could soon have to deal with yet another issue.

Russian hopeful Arslanbek Makhmudov has been tipped to trouble Joshua and Fury for the heavyweight title in the near future, and could end up forcing his way into a mandatory position if negotiations are not wrapped up within the next few months.

JUST IN: Conor McGregor tipped to face Mayweather in rematch on cruise ship

The 32-year-old, who stands at six feet five inches tall, will target a fight with either champion if he secures his 12th successive knockout victory on his American debut in March, according to his promoter Camille Estephan.

Makhmudov is due to face a currently unknown opponent and could work his way into championship contention with a resounding win if Estephan gets his wish.

“He will be featured in the co-main event in Dallas on March 20,” Estephan told Sky Sports.

“We want Arslanbek to continue to climb, getting the international exposure in order to become a ‘must fight’ for the champions.

“He is avoided like the plague. We want to put him in a mandatory position.”

The Russian’s record stands at 11 victories from as many outings with a 100 per cent knockout ratio, winning his last two fights without making it out of the first round.

Estephan believes that he is feared by potential opponents as a result, and should only be looking to challenge the very best heavyweights in the business.

“I believe the only opposition that can compete is really the champions and top-five contenders,” he added.

“They are not willing to fight him unfortunately as they are so close to potential multi-million dollar flights, so they don’t want to risk it.”

Makhmudov is named as the 32nd best heavyweight in the world by BoxRec, behind the likes of previous Fury victim Tom Schwartz and Carlos Takam, who managed ten rounds with Joshua in 2017 after stepping in to replace Kubrat Pulev at short notice.

It seems unlikely that Makhmudov will pose much of a threat to Joshua and Fury’s immediate plans, but could be in line to share the ring with a future undisputed champion in the years to come. 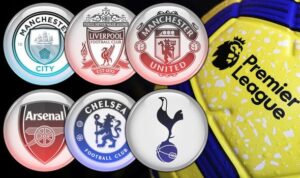