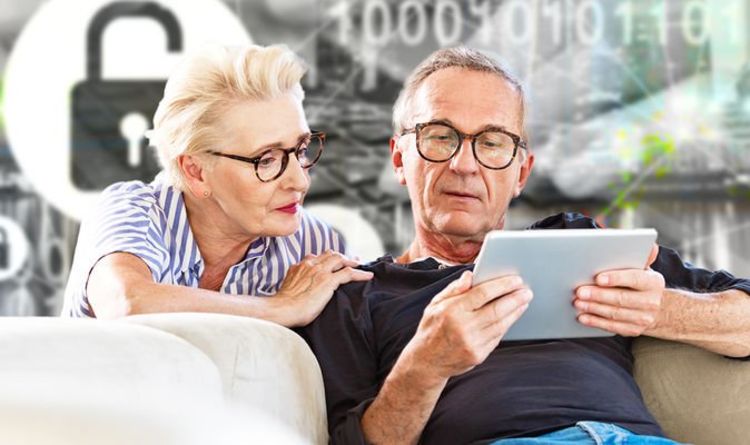 Pension saving is likely to be important for the many retired people who depart from the workforce each year. It is often the case a person will build up a retirement savings pot throughout their lifetime, whether this be through private arrangements or contributions made at work. With life expectancy increasing, and people spending a larger proportion of their adult life in retirement, funds are necessary to sustain the kind of lifestyle a person is hoping for.

Express.co.uk spoke to Peter Glancy, Head of Policy, Pensions and Investments at Scottish Widows, who provided tips to help Britons protect their funds.

Firstly, Mr Glancy said, it was important not to fall for a cold call which occurs out of the blue.

Legitimate pension providers and financial advisers will never use this method, or offer unsolicited advice.

But with one in eight people stating they would trust an offer of a “free pension review” from someone claiming to be an adviser, it is clear this fact is not always grasped.

Before agreeing to anything, Mr Glancy suggested, taking the necessary steps to verify the identify of the caller is key.

DON’T MISS
Grandparents could boost state pension by up to £2,340 per year [INSIGHT]
Pension warning as Britons may have to work an extra four years [ANALYSIS]
State pension: You may get up to £358 per month for arthritis [UPDATE]

Next, people should always think carefully about what they are being asked to do with their pension fund.

Sometimes Britons could be prompted to invest in something unusual or that they have never heard of before, often with the promise of significant returns – but this is often a scam.

Another particular red flag is anyone who is asking an individual to withdraw money with urgency from a pension or bank account for investment, or because money is “at risk”.

Mr Glancy highlighted Britons will never have to withdraw funds from their pension in order to invest them, and banks will never contact individuals to ask them to transfer money.

People should be particularly wary of pension withdrawals as they may fall at risk of hefty tax penalties for doing so.

Finally, if a deal sounds like it is too good to be true, then unfortunately, it probably is.

Mr Glancy said sophisticated fraudsters are often able to clone websites, duplicate documents and pose as staff members, which can make it even harder for unsuspecting people to spot fakes.

With scammers often making the impossible sound possible, though, there may be a way to keep oneself protected.

Looking out for buzzwords such as “high returns”, “limited time offers” or “pension loopholes” can often set alarm bells ringing for savers.

It is likely the kind of deals being offered in these instances are not genuine, and so should be approached with caution.

Mr Glancy was also able to provide further insight on the matter to help those who could be at risk.

He said: “It’s more important than ever that people are able to spot the warning signs of a pension scam before it’s too late.

“Fraudsters have been preying on those left struggling financially by the pandemic with these con artists stealing an average of £91,000 per target.

“These opportunities will often offer ‘quick and easy’ ways to boost finances, or trick people into transferring or withdrawing cash.”

Mr Glancy highlighted nearly a third of those asked said they would be unsure if they were talking to a legitimate adviser or provider about their pension.

This has only emphasised the need for Britons to double check their decisions and think carefully before acting on any funds.

He continued: “There’s a range of great resources to check information such as the FCA register. If you’re unable to find the individual or company on the register, then there’s potential it could be a scam.

“Likewise, Government regulated bodies such as Pension Wise, the Pensions Advisory Service or the Money and Pension Service are good places to go for guidance. They can help you make an informed decision on protecting your pot.”

It is hoped small steps such as these, alongside increased awareness could make the difference in safeguarding against scams.

Then, Britons who have worked so hard, often for so long, can enjoy their retirement without the threat of being duped out of their hard-earned cash.

Do you have a money dilemma which you’d like a financial expert’s opinion on? If you would like to ask one of our finance experts a question, please email your query to personal.finance@reachplc.com. Unfortunately we cannot respond to every email.