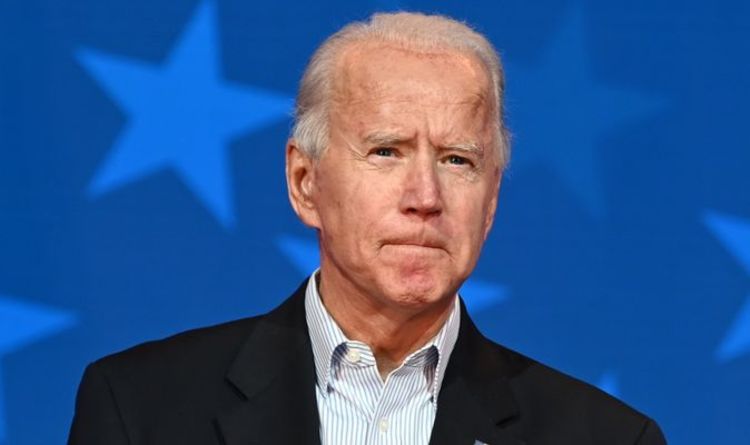 The 46th US President marked last week his first 100 days in office, a milestone used to measure the US leader’s success in the Oval Office. But according to one political commentator, Mr Biden was so far proving “divisive” like his predecessor.

Douglas Murray wrote in the Telegraph how Mr Biden has failed to appease the disunity created during the Trump years.

He wrote: “[…] the division in America which skyrocketed during the Trump presidency has not been mollified. Far from it.

“Biden may have run as a cuddly centrist, but he is governing as someone deeply attracted to the leftwards drift of the Democratic Party.”

He added: “America had four turbulent years under Trump, but Biden’s words and actions suggest he prefers victory over calm just as surely as his predecessor did.”

According to the survey, 94 percent of Democrats approved of Mr Biden’s actions, while only 11 percent of Republicans did.

Mr Trump received 87 percent approval ratings from Republicans and 12 percent from Democrats at the same stage.

During his speech to both Houses of Congress on Wednesday, Mr Biden explained his $2.3 trillion infrastructure bill and his $1.8 trillion American Families Plan to improve childcare and education.

Pension warning as Britons miss out on £76million – Sunak urged to act on auto-enrolment
Germany and France on collision course with EU over China investment deal
Universal Credit claimants to be eligible for reduced BT fibre broadband – full details
South China Sea: ‘Get the **** out!’ Philippines minister issues warning to Beijing
UK economy set to grow at fastest rate in 70 years as shares hit 17-month high
LEAVE YOUR COMMENTS
Follow us on Facebook
Follow us on Twitter
Follow us on LinkedIn
Follow us on YouTube