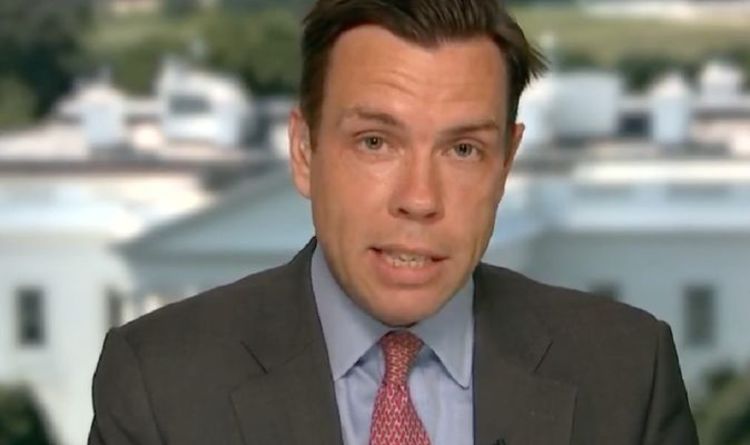 The former President was removed by the social media giant in the wake of the January 6 storming of the US Capitol building. Earlier this afternoon Facebook announced that Mr Trump’s appeal to have his account reinstated has been denied. However US reporter Mark Stone told Sky News viewers that the decision of the Facebook oversight board has not completely silenced Mr Trump, who “still as a message” that resonates with his “many followers.”

Mr Stone said: “He is clearly a man frustrated that he is not able to use social media in the way that he was once able to.

“But those press releases show that this is a man who still has a message to get out there.

“Remember that half the country almost 74 million people voted for Donald Trump.”

The reporter added: “He believes they still want to hear from him, he wants that message out there.

“He is in the process we are holding of setting up his own social media platforms.”

The former Republic President was hit with an “indefinite” suspension on January 7, one day after his supports forced their way into the Congressional buildings in Washington DC demanding the 2020 US election result be overturned.

He said “As we stated in January, we believe our decision was necessary and right, and we’re pleased the board has recognized that the unprecedented circumstances justified the exceptional measure we took.

“We will now consider the board’s decision and determine an action that is clear and proportionate.

Savings warning as ‘inertia’ could mean you are losing out – act now
Pensions tax raid: Will Rishi Sunak make pensioners pay for the coronavirus pandemic?
Nationwide offers £1million prize draw – could you be in with a chance to win?
Frankfurt shooting: Large police operation underway in Germany after ‘shots fired’
How Russian MP told Putin to drop nuclear bomb on island off Scotland in show of strength
LEAVE YOUR COMMENTS
Follow us on Facebook
Follow us on Twitter
Follow us on LinkedIn
Follow us on YouTube