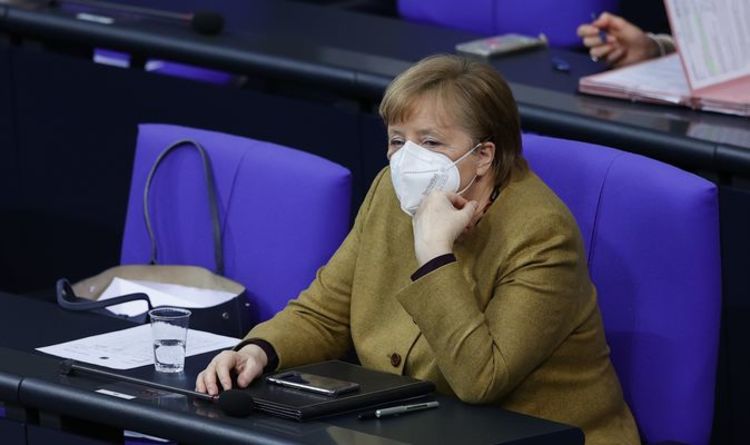 The EU has shelved attempts at a massive investment agreement with China after a tit for tat sanctions row. The EU commission has announced any further efforts to ratify a deal with China would depend on relations improving between Brussels and Beijing. The Chancellor of Germany, Angela Merkel has championed the investment deal back in December but is now expected to face opposition in the European Parliament from MEPs.

He described China as a “massive market” particularly for what he called the “big players” in Europe such as France and Germany.

Mr Coonan said: “So a lot of the pressure is going to be political and it is going to come from people like Angela Merkel, the Chancellor here in Germany.

“This has been a pet project for her and she certainly will do her best to make sure that this deal will go through.”

The EU China Comprehensive Agreement on Investment (CAI) was signed in November with the aim of providing a framework for future investments in both the Chinese and European markets.

European businesses are expected to be granted greater access under the proposed deal, likewise Chinese investment in the EU market would also be streamlined.

First, however, the agreement needs to be ratified by the EU members states along with the EU Parliament.

Moves by Beijing to sanction MEPs who have spoken out over China’s treatment of the Uyghur people has increased opposition to the (CAI).

In the past, Ms Merkel has consistently pursued greater Chinese investment in the German economy.

Last year the Chancellor called for trade barriers between Europe and China to be removed.

Ms Merkel said: “For the investment agreement with China we naturally expect reciprocity.

“If the Chinese side gives no market access in certain areas, that will naturally mean that access to the European market will also be more restricted.”

‘A kind of hidden tax’ – how to ‘minimise exposure’ as UK inflation rate surges
‘UK ship was in INTERNATIONAL waters!’ MoD insiders furious at Russia attack claims
PIP can be received by state pensioners under certain conditions – full details on rules
Savings: How to boost pots in a ‘handful of clicks’ as savers underestimate inflation risk
Why is Dogecoin dropping? Crypto plunges 26 percent over the last day
LEAVE YOUR COMMENTS
Follow us on Facebook
Follow us on Twitter
Follow us on LinkedIn
Follow us on YouTube