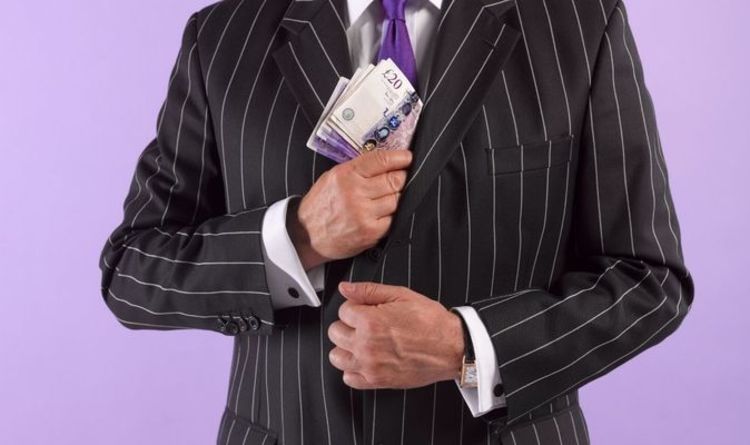 Furlough fraud is a term which is being used to define those who break the rules laid out under the Coronavirus Job Retention Scheme (CJRS) in place since March 2020. Furlough has been designed to help millions of people, but there are certain rules Britons will need to adhere to, such as not working for their company when on the scheme. However, HMRC has now confirmed two people have been arrested on suspicion of breaking the rules.

This includes both furlough and SEISS, which have been used by millions of people right across the UK.

In fact, it is estimated more than £61billion has been claimed through the furlough scheme alone to support 11.5million furloughed jobs.

The response is one of the largest ever taken to a fraud risk by HMRC in efforts to crackdown on those breaking the law.

Under furlough, there are four key lines of defence as outlined by HMRC, as follows:

She said: “The Coronavirus Job Retention Scheme is part of the collective national effort to protect jobs.

“The vast majority of employers will have used the CJRS responsibly, but we will not hesitate to act on reports of abuse of the scheme or any HMRC administered COVID-19 support packages.

“This is taxpayers’ money, and any claim that proves to be fraudulent limits our ability to support people and deprives public services of essential funding.

“As usual we have built steps into CJRS to prevent mistakes and fraud happening in the first place.

“But anyone who is concerned that their employer might be abusing the scheme should report it to HMRC online or call 0800 788 887.”

As Ms Alexander has touched upon, there is now a dedicated way to report COVID-19 related fraud to HMRC.

Here, they will be asked to fill in HMRC’s ‘Fraud Hotline’ form with as much detail about the alleged fraud as possible.

For a person’s own safety, HMRC advises people to never try to find out more about the fraud themselves, or let anyone know a report is being made.

EU vaccine backlash: Petition demanding transparency soars to nearly 100,000 names
Iran election results: Hardliner Raisi in landslide victory signalling huge change
Now Biden turns on AstraZeneca! US President’s huge pledge scrapped in major U-turn
Savings warning as ‘inertia’ could mean you are losing out – act now
Mum ‘heartbroken’ no one turns up to son’s sixth birthday and he has to play alone
LEAVE YOUR COMMENTS
Follow us on Facebook
Follow us on Twitter
Follow us on LinkedIn
Follow us on YouTube