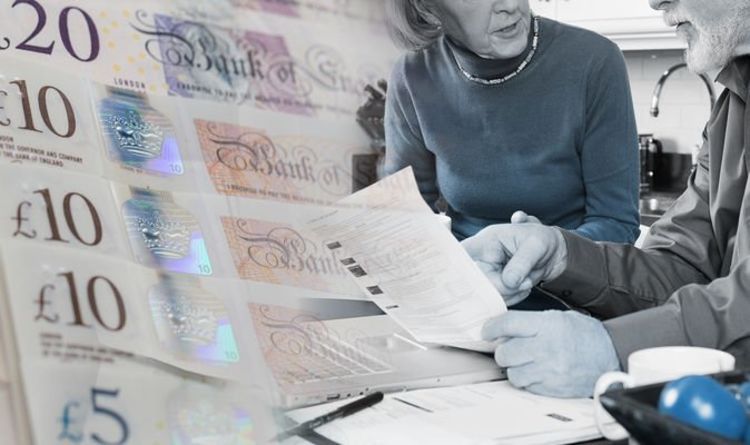 State Pension payments often hinge on National Insurance contributions, although a person may get less if they were contracted out before April 6, 2016. Regardless of the sum Britons ultimately receive from the state pension, it is the age at which it can become unlocked which is important to many people. This has undergone changes in recent years, first to equalise the age of retirement between genders, and then to uplift the age due to increases in life expectancy.

With longer to wait until the receipt of the DWP sum, some may have to adjust their plans, and indeed their financial goals accordingly.

Mr Glancy touched upon this issue, continuing: “People who want to retire and enjoy later life before 67, or 68 in the future, will need flexibility.

“And this kind of flexibility can often come from a private pension arrangement – saving in advance.

“In this respect, private pensions have become more important than ever for people to consider.”

Reliance on the state pension sum is still undoubtedly high, with the retirement payment extremely familiar to Britons.

However, Mr Glancy went on to highlight a “sense of inequality” which has been present within the state pension system which is worth considering.

The expert highlighted that there are certain discrepancies between sectors which should have an impact on how people view the state pension.

He said: “You have a sense of inequality between occupations which is vital for people to consider.

“In all of white collar and knowledge-based jobs, you can often continue to work through all of your 60s and into your 70s. But if you’re in a more manual or physical job, you just can’t keep working until those ages – it just wouldn’t be possible.”

However, when considering the matter of life expectancy and the rising state pension age which the Government has said is connected, there is another issue which may arise.

This concerns the amount of time a person will receive their state pension, if they do end up receiving anything at all.

While Mr Glancy acknowledged there was not much action which could be taken from private pension organisations, he did suggest the issue could be addressed.

Government, experts and economists, he stated, could address the issue sooner rather than later to ensure fairness.

Mr Glancy said: “We also see a bit of inequality in terms of the state pension because everyone is effectively putting money into the pot, albeit indirectly.

“But there are some areas of the country where life expectancy is only reaching up to 56 or 58. This means these individuals will never get near aged 67 or 68 to get the state pension.

“So these people have effectively put money in to the state pension all of their lives to not get any benefit.

“Indeed, they have been cross-subsidising other, often wealthier, people in different areas of the country who are going to live longer and reach that state pension age.

“There’s an argument, then, that if you’re in an area of low life expectancy, or if you’re in a job where it is quite physical – should you get the state pension any earlier?

“I think it is important to point out the system is a little bit unfair in this respect.”

Of course, for Britons who wish to understand their state pension age, and what they can expect to receive, there is the Government tool.

Accessible online, through the BR19 application form, or by calling the Pensions Centre, individuals can gain an understanding of their specific state pension forecast, if they so choose.

‘Britons envy our summer holidays!’ Germans travellers taunt UK over travel restrictions
Kim Jong-un’s sister mocks US intelligence – issues threat to prepare for ‘disappointment’
Imran Khan savaged for not condemning ‘grotesque’ China genocide ‘This is on YOUR border!’
Eurozone dealt hammer blow as UK vaccine drive means economy will grow twice as fast as EU
PIP: Could you receive up to £4,600 of extra support? How to check eligibility
LEAVE YOUR COMMENTS
Follow us on Facebook
Follow us on Twitter
Follow us on LinkedIn
Follow us on YouTube