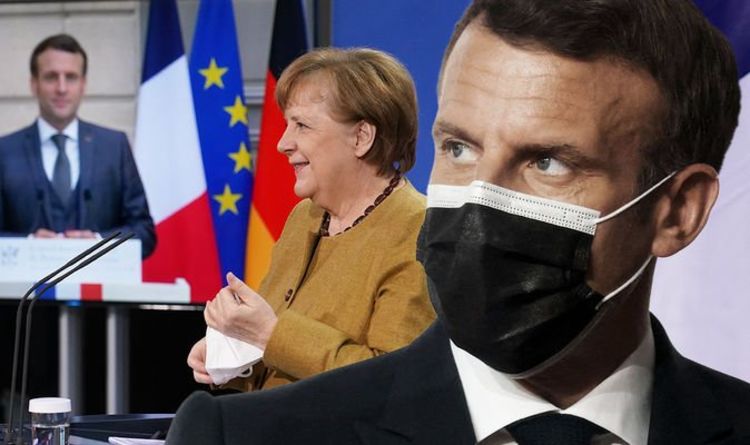 France, Germany and Spain said on Monday they had reached a deal over the next steps of the development of a new fighter jet, Europe’s largest defence project at an estimated cost of more than 100 billion euros.

France in particular has billed the combat jet project – which includes a next-generation manned and unmanned aircraft – as crucial for Europe to strengthen its defence autonomy and face competition from China, Russia and the United States.

France and Germany had originally set the end of April for a deal, but a dispute over how to share intellectual property rights held up negotiations.

French Armed Forces Minister Florence Parly tweeted: “France, Germany and Spain are building one of the most important tools for their sovereignty and that of Europe in the 21st century.”

“Macron and Parly betray France and give our technological lead to Germany! Shameful!

“France is perfectly capable of making its fighter plane on its own.”

The next development phase for the Future Combat Air System (FCAS) is expected to cost 3.5 billion euros, to be shared equally by the three countries.

Approval is needed before funds can be spent and the process can take months.

Previously, a source with knowledge of the issue told Reuters the German defence ministry must refer the budget proposal to the finance ministry by May 19.

The French Aviation firm would also have to give up some technologies it has developed for French-led defence systems, something it is unwilling to compromise on.

Airbus, its German counterpart, was also refusing to deal with technological “black boxes” over which it could not have control due to lack of intellectual property.

The FCAS programme, announced by the governments of France and Germany in 2017, will provide the next level of airpower by creating a system of manned and unmanned platforms with full operational capability expected by 2040.

FCAS is a key part of Macron’s push for military sovereignty on the Continent and his aim to lessen its reliance on the Nato alliance.

HSBC urges Britons to ‘switch on summer’ with £125 offer and 1% interest rate
Bitcoin price tipped to hit ‘$220K’ as China shutdown sees miners ‘airlift’ en masse to US
Virgin Money is now offering customers a free £150 gift card – do you qualify?
Dogecoin price tracker: Crypto plummets 40% in a week – latest price
Bitcoin POLL: Should UK accept cryptocurrency as official currency?
LEAVE YOUR COMMENTS
Follow us on Facebook
Follow us on Twitter
Follow us on LinkedIn
Follow us on YouTube