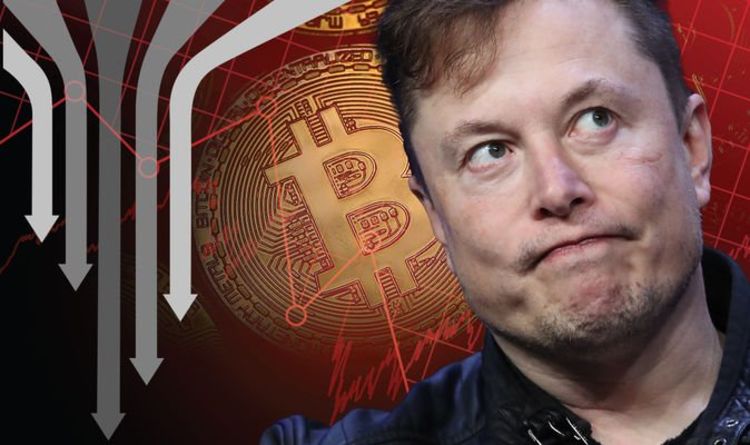 The price drop appeared to have come after Bitcoin Magazine posted an image of Kraken CEO Jesse Powell predicting the token would hit a record high this year.

Referring to the Lamborghini sports cars, which is popular with crypto investors, he said: “I’ve said one Bitcoin, one Lambo by the end of the year.

“It may be a Lambo with fewer options or a smaller engine at this point, but I think we’re still looking at very lofty price targets.”

He also added Bitcoin was “greener” than critics believe, before adding: “I think Elon has some more studying to do.”

This prompted a sceptical Mr Musk to cryptically reply under the tweet with: “Based on what data?”

Mr Musk is known for causing crypto prices to change, after he also sent Dogecoin soaring last month during his appearance on US sketch show Saturday Night Live.

He posted a meme of Dogecoin on Twitter, before adding “SNL May 8” alongside it.

This sparked speculation on social media that his appearance as host on the show would feature Dogecoin.

Mr Musk also replied: “Definitely” when asked whether he would use the meme during the show.

This sparked the crypto, which features a smiling Shiba Inu dog logo after originally being created as a joke in 2013, to rise by 50 percent.