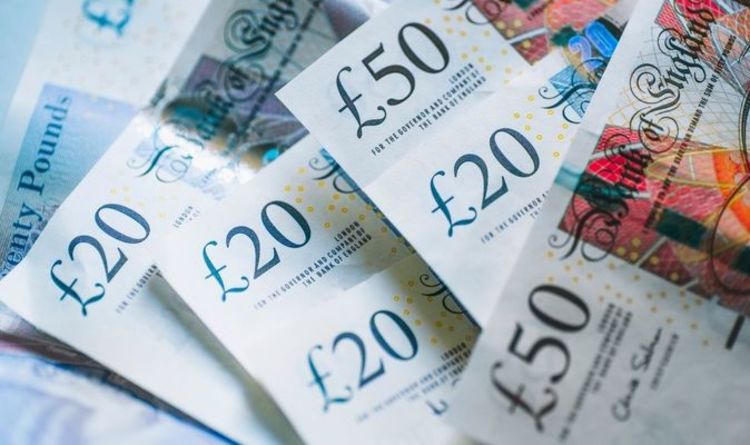 Savings accounts have been hard-hit by the pandemic, with interest rates low over the last 18 months. There have been few opportunities available to Britons hoping to grow their cash, despite the security a bank account can provide. The Bank of England appears to be encouraging spending rather than saving to offer a well-needed boost to an ailing pandemic economy.

Despite this, many are still putting their money into easy access accounts, not only due to the flexibility they provide, but also because of their familiarity with this kind of product.

However, this action could be costing Britons dearly in the long-run, it has been revealed.

Moneyfacts showed the average easy access rate has remained consistent between March and April at 0.16 percent.

He said: “We are seeing signs the savings market is starting to pick up and that interest rates are on the up.

“Despite the fact the average interest rate for easy access is 0.16 percent, the vast majority of easy access balances are receiving a lot less than that.

“The large high street banks have kept their easy access rates consistently low for the last six months, while mid-tier and challenger banks have dominated the best-buy tables.

“Despite this, many savers are still opting to keep excess cash in a bank account linked to their current account.

“There are many factors influencing this – savers may perceive this as convenient or have given in to inertia in a low-rate environment.”

Many current account-linked savings products, Mr Sprawling said, will be earning rates of 0.01 percent or less.

This is understandably disheartening for those who have been hopeful that their cash would grow.

As a result, he has encouraged savers to shop around and consider the different options available to them.

This is particularly the case for those currently saving money through a linked account.

He concluded: “Online providers, such as Paragon, are able to remain consistently competitive because they are nimble, specialised and don’t have the overheads of a branch network.

“Operating an account away from your main current account is simpler and more straightforward than many people think so it’s important to branch out and look at the most competitive options for your funds.”

Macron shamed over ‘hypocritical’ Yemen stance as spotlight turns onto EU arms sales
State pension age changes may affect your free bus pass and when you retire
Putin throws down gauntlet as top Communist politician barred from running against him
From a dodgy background to interruptions – what to avoid in video interviews
Rishi Sunak’s global tax plan set to raise costs for investors, workers & consumers – how?
LEAVE YOUR COMMENTS
Follow us on Facebook
Follow us on Twitter
Follow us on LinkedIn
Follow us on YouTube