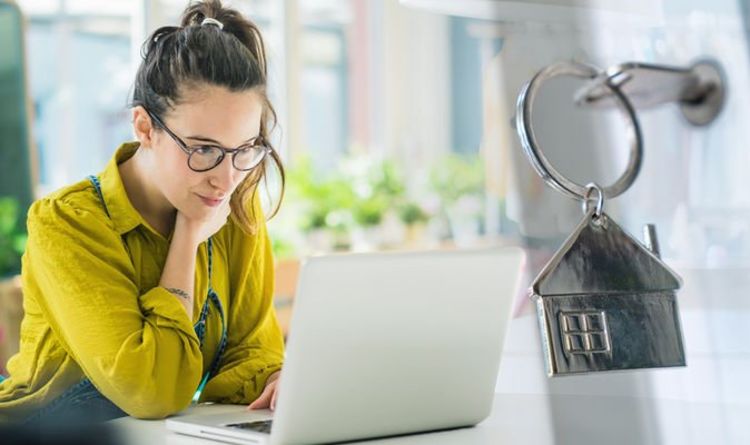 In a recent survey, by personal finance company NerdWallet, of more than 500 UK mortgage holders, respondents applied for 1.1 mortgage on average before their application was accepted. However, the research also found one tenth (10 percent) of prospective buyers have had a mortgage application rejected due to having previously taken a loan repayment holiday.

“Home ownership is widely considered to be an important milestone in the eyes of many Britons,” he said. “This is certainly understandable.

“Not only does purchasing a property give people greater autonomy over their living space, but it also provides people with an opportunity to make generous returns on a bricks and mortar investment.

“Realistically speaking, most Britons need a mortgage to make the purchase.

“For many people, obtaining one tends not to be an issue – after all, a recent survey of over 500 UK mortgage holders conducted by NerdWallet revealed that on average, respondents applied for just 1.1 mortgage before their application was accepted.

“More recently however, some may have found the application process more challenging.

“COVID-19 and the subsequent recession have caused a great deal of economic volatility throughout the previous 12 months.

“As such, some mortgage lenders have tightened their criteria – making mortgage applications troublesome for individuals with a less than perfect credit score.

“Indeed, NerdWallet’s research found that one in ten (10 percent) mortgage applicants were rejected by lenders because of existing debt, whilst eight percent were turned away because of a poor credit score.

“A further nine percent were rejected without knowing the reason why.

“Perhaps a more concerning statistic raised from the research was the fact that one tenth (10 percent) of prospective buyers had a mortgage application rejected because they had previously taken advantage of a loan repayment holiday.

“Given that the Government had promised that taking advantage of mortgage holidays throughout the pandemic would not hinder their access to credit later down the line, applicants may have felt unfairly targeted.”

The data suggests the coronavirus pandemic has meant getting a mortgage could become more of a challenge for some.

However, according to Mr Ellmore, that doesn’t mean it is necessarily impossible.

“Clearly, some lenders are imposing stricter criteria in response to the pandemic – which can be extremely frustrating for applicants,” Mr Ellmore said.

“However, this does not mean that mortgages are unattainable for people without a pristine financial history.

“It just means they may need to dedicate a bit more time to researching their options.

“The average applicant speaks to two providers before applying to their first-choice lender.

“I would argue that this is not enough due diligence to accurately determine whether the lender is right for them, or gauge whether the lender is genuinely willing to lend them the money – after all, almost one eighth (12 percent) of applicants were rejected despite receiving a mortgage in principle from that same lender.”

So, what does Mr Ellmore suggest borrowers do?

“I urge applicants to dedicate more time to speaking to different mortgage lenders, and comparing their options online before deciding to apply.

“Doing so will certainly save people time and effort when it comes to completing the actual application process.

“It will also make the entire process of purchasing a home much smoother.”