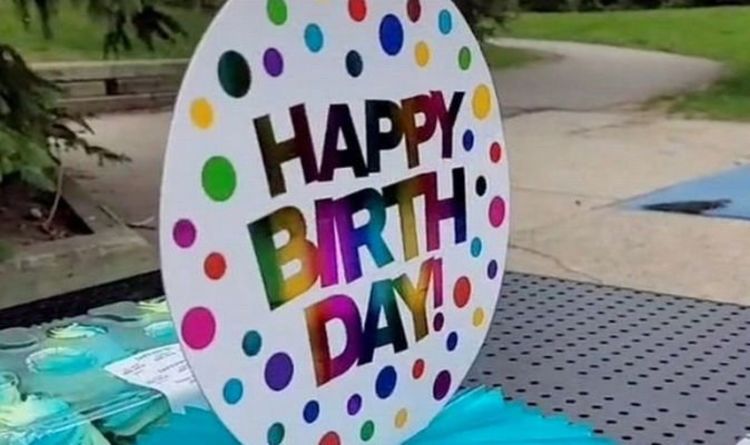 The mother took to TikTok to share her devastation after her son celebrated his sixth birthday alone. The user, named @dawners86, claims in the video that she invited 22 people to the party which was held at a local park, but no one showed up.

She is sat at a table filled with party decorations and cupcakes whilst her little boy can be seen in the background playing alone.

She says: “So we are sitting at the park for JJ’s birthday party, we got everything ready, his party started half an hour ago.

“He had literally zero people show up for his birthday. My poor little man.”

The mum, who is from the United States, explains that Covid restrictions in her area had been lifted, so guests were allowed to attend – but she had made sure to plan the party outdoors to make it even safer for everyone.

Another replied “I don’t normally show emotions or get upset about anything but when people don’t come to kids parties it is the one thing that makes me cry.”

A third added: “Happy birthday little man and don’t worry about those ‘friends’ they showed their true colours today. You don’t need them.”

A fellow mum said: “My mamma heart just broke. I have questions, what is he into right now? Where can I send him gifts? I am dead serious.”

In a follow-up video, JJ’s mum said: “All the offers to buy JJ presents are greatly appreciated. But JJ doesn’t need any toys and he has asked for any extra gifts to be sent to a children’s hospital near you.”

Taxpayers warned to check their tax payments as deadline looms – do you need to act now?
Inheritance tax grab: Sunak could target ‘property, capital gains and personal income’
US wildfires mapped: Apocalyptic wildfires burning – where are fires now?
EU threatens shark extinction as bloc ‘accounts for 22 percent’ of endangered trade
Thousands take to streets in mass protest at Macron as anger at French President spreads
LEAVE YOUR COMMENTS
Follow us on Facebook
Follow us on Twitter
Follow us on LinkedIn
Follow us on YouTube