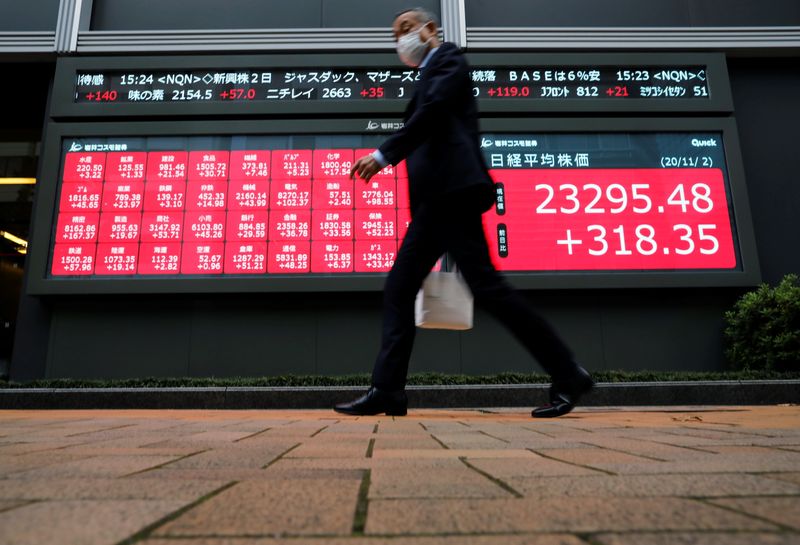 FILE PHOTO: A man wearing a protective face mask walks past a stock quotation board outside a brokerage, amid the coronavirus disease (COVID-19) outbreak, in Tokyo, Japan November 2, 2020. REUTERS/Issei Kato

HONG KONG (Reuters) – Asian shares fell on Wednesday as weak Chinese economic data reinforced worries about slowing growth globally as well as in the world’s second-biggest economy amid fraught nerves over a still-dominant pandemic and tapering of central banks’ stimulus.

MSCI’s broadest index of Asia-Pacific shares outside Japan dropped 0.82%, extending earlier losses after the release of the Chinese data, while Tokyo’s Nikkei shed 0.89%, moving off a more than 31-year closing-high the day before.

A burst of data out of China showed businesses were grappling with the impact of localised lockdowns following sporadic COVID-19 outbreaks, supply bottlenecks and high raw materials costs.

Retail sales grew at the slowest pace since August 2020 and missed analysts expectations, while industrial output also rose at a weaker pace from July, underscoring recent signs of slackening economic momentum in China and adding to expectations Beijing will offer more stimulus over coming months.

After the data, Chinese blue chips were down 0.73%.

The Hong Kong benchmark shed 0.87% dragged down by casino stocks as the gaming hub of Macau begins a consultation ahead of a closely watched rebidding of its multi-billion dollar casinos next year.

Shares of Wynn Macau at one point were down more than 30%.

“There is uncertainty in markets at the moment as investors wait to see what the Federal Reserve will do about tapering their asset purchases, which depends on the state of the labour market and the inflation situation,” said Sean Debow Asia CEO of Eurizon Asset Management.

Debow said greater clarity would emerge on both in the coming weeks though for now markets were quick to react to any data points on employment and inflation.

Lower inflation suggests that the Fed will be under less pressure to begin trimming its vast asset purchases, and, as a result, the yield on the benchmark 10-year note US10YT=RR fell as low as 1.263%, its lowest since Aug. 24.

Yields recovered slightly and were little changed in Asia on Wednesday at 1.285%, while the dollar was steady also having slipped against a basket of its peers on the inflation figures.

Overnight on Wall Street, worries about slowing growth saw the Dow Jones Industrial Average <.DJI lose, while the S&P 500 fell 0.57% and the Nasdaq Composite was down 0.45%. [.N]

Barely a tenth of respondents to Bank of America’s monthly fund manager survey expect a stronger global economy in the coming months, marking the lowest proportion since last April’s initial COVID-19 panic, the September edition of the survey showed.

The spread of the Delta variant was cited as the reason for the pessimism. 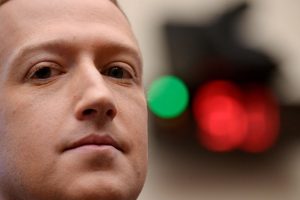 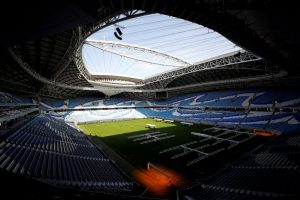 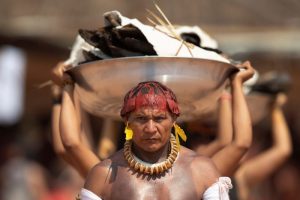 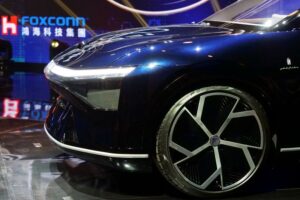 32 mins ago
Social Share Buttons and Icons powered by Ultimatelysocial