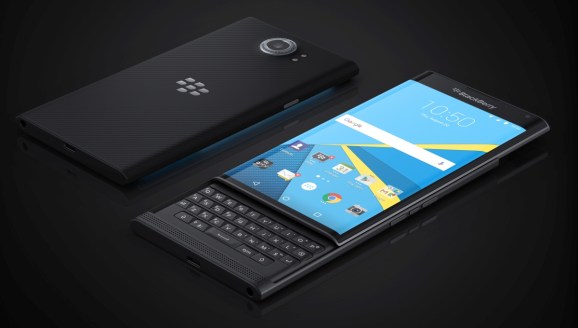 Almost everyone I know in the mobile industry is pulling for BlackBerry.

No one likes to see a company fail — even if they personally don’t use its products — because failed companies lead to layoffs. And if it’s a brand that people hold nostalgia for, this is even more true. (For mobile industry examples, look no further than Palm or Nokia, both of which failed despite continuing to enjoy sizable fan bases.)

In BlackBerry’s case, we have an organization that defined the term smartphone for a generation of young professionals. The company was launching smart devices at a time when most other handset manufacturers were still pushing out feature phones, and before most consumers even knew the joys of possessing a pocket-sized computer.

But then the first widely popular consumer smartphone made its debut in the form of Apple’s iPhone, and folks suddenly realized their phones could double as MP3 players, portable game consoles, and passable Web surfing devices. I’ll never forget this graphic that I posted at Engadget in the wake of that January 2007 launch: Far from being a temporary blip for the other two companies pictured, it represented the beginning of the end for Palm, as well as the start of a long journey in the desert from which RIM (now BlackBerry) has never emerged. 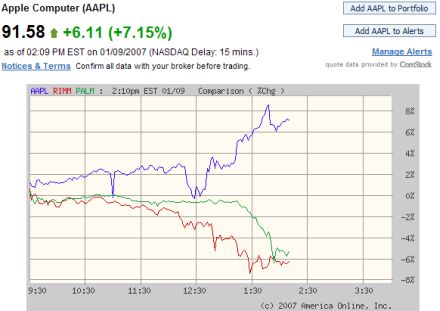 To be fair, BlackBerry’s handsets didn’t get any worse because we were now living in a world of iPhones and iPhone clones. Rather, the Canadian firm simply faced stiffer competition in a market in which it had largely enjoyed free reign for many years. What it really came down to, in my opinion, was the company’s need to build products which simultaneously appealed to enterprise customers as well as everyday consumers, and the difficulty in creating one-size-fits-all devices.

It’s a problem that the company still faces all these years later, which puts it squarely between a rock and a hard place when it comes to hardware design. Unlike traditional PC makers, which push out numerous differentiated models designed for the needs of these core, dueling constituencies, phone makers build just a handful of models and rely on specialized software to enable their push into the enterprise.

The latest thinking is that employing Android may contribute to the solution, but Android alone won’t save BlackBerry’s hardware.

If you ask a BlackBerry fan — yes, they still exist, and they are a passionate bunch — what they like about the company’s latest offerings, more often than not they will include the security and intuitiveness of the homegrown BB10 operating system. Far from being a negative in their book, this QNX-based platform gets high marks from privacy-conscious individuals, many of whom consider it anathema to trust their businesses’ data to the perceived less secure confines of Android or iOS.

And yet despite this strong preference, BlackBerry chose to release its most appealing handset, well, ever, powered not by the fan favorite, but by one favored by the vast majority of the consumer marketplace. The hope was, of course, that Android’s vastly superior app ecosystem would draw in both enterprise and non-business users in the same manner that pre-iPhone RIM was able to do.

Now we’re seeing what appears to be a dual platform strategy going forward, with at least one more Android-powered handset, codenamed Vienna, in the works. The problem is that the company’s core devotees, the ones who have stuck with it during these years in the desert, find themselves feeling abandoned: The platform they prefer seems to be persona non grata with respect to the very best hardware that BlackBerry is bringing to market.

The optimist in me hopes that everyone will find a solution that works for them, that the BB10 diehards will learn to love BlackBerry-infused Android, and that Android users will start seeing BlackBerry devices as once again worthy of consideration. But the realist in me can’t help but pay attention to the anecdotal evidence in the weeks following the Priv’s commercial release, which seems to indicate a mixed reception. I’ve heard complaints regarding everything from the build quality to the software implementation to the utility of the keyboard to the quality of photos captured with its 18-megapixel camera. More than a few people told me they returned the phone because it didn’t meet their expectations.

So is this a nut that BlackBerry will ever crack: the challenge of designing handsets for both enterprise users as well as the mass market? That’s not at all clear at this point, although preliminary reports do seem to indicate that Priv has sold at a fairly healthy clip. However, it must do more to placate those superfans who were just fine using BB10, offering them the same or better hardware than what the Android masses are getting. Right now, that’s not happening, with only the promise of more homegrown OS-powered devices to come in the new year to hang their hopes on.

CEO John Chen has a very specific idea of the volume of phones that BlackBerry needs to push out each year in order to achieve profitability and remain a hardware manufacturer, period. Android may help him meet that goal for the short-term, but unless BlackBerry can pull off a dual strategy long-term — one in which proponents of both systems are satisfied — this Android experiment will simply postpone the inevitable: a future devoid of BlackBerry devices altogether.