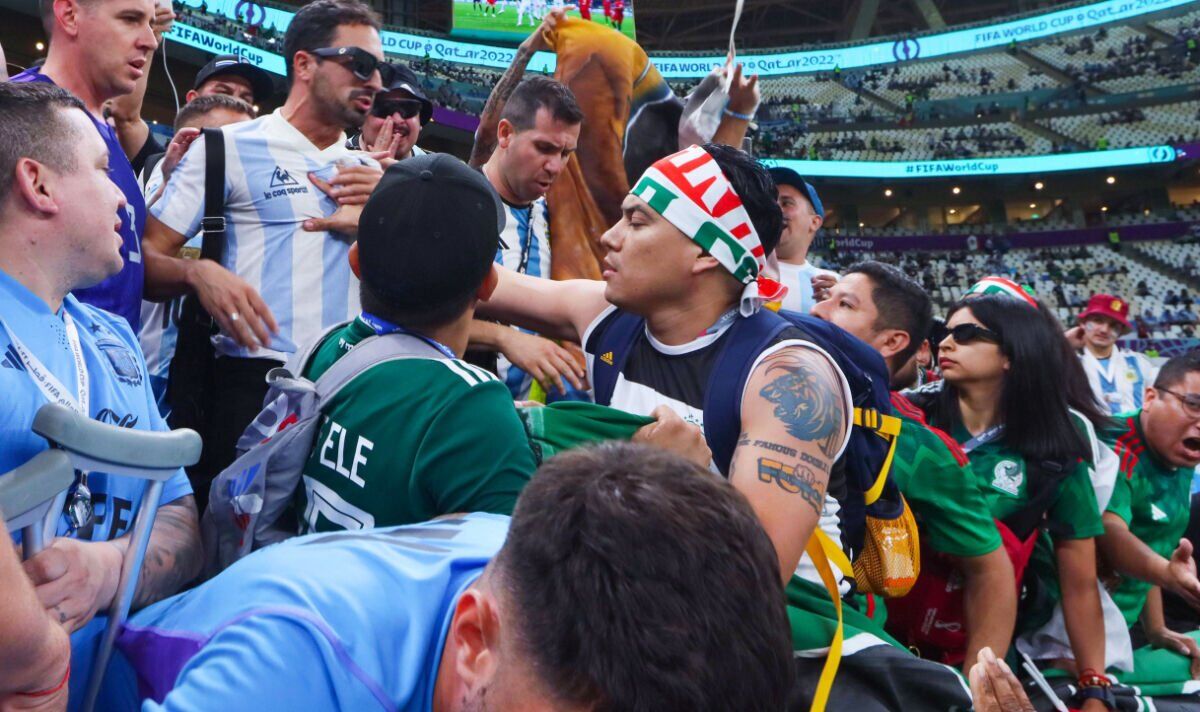 Argentina and Mexico supporters were caught up in scuffles inside the Lusail Iconic Stadium in Qatar whilst their sides were playing in a decisive Group C game. The fans had already come to blows in the run up to the match.

Tensions were high on the pitch on Saturday, with Argentina needing to avoid defeat if they were to avoid dropping out of the World Cup in embarrassing fashion. Mexico, too, needed to secure all three points to give themselves a fighting chance of progressing into the knockout stages following Poland’s 2-0 win over Saudi Arabia earlier that day.

And tempers boiled over in the stands between the sets of supporters once again, after ugly scenes breaking out on the streets of Qatar in midweek. Images showed those seated near one another letting emotions get the better of them as they came to blows.

The atmosphere in the stadium was reportedly one of the best at the World Cup, though the poor standard of football on the pitch led to an aura of tenseness too.

Argentina supporters, in particular, are incredibly furious about how their side are performing in what is likely to be Lionel Messi’s final World Cup. The South American side suffered one of the most shocking defeats in the history of the competition earlier this week when they were beaten 2-1 by Saudi Arabia, which gives them a fighting chance of making it out of the group.

The defeat was certainly fresh in the minds of fans who came face to face with Mexico supporters on Wednesday night at Al Bidda Park in Doha, one of Fifa’s fan zones in Qatar. Chants of ‘f*** Messi’ were heard emerging from the Mexico camp, leading to fights breaking out and some minor injuries reportedly being sustained.

The extent of the scraps in the stadium on Saturday are not yet known, though Qatari officials are certain to be keen to keep fans separate as they leave the ground in order to avoid further confrontation of a greater scale.

Organisers had hoped that by restricting alcohol sales in stadiums at the World Cup then it would limit violent outbreaks between fans fuelled by drink.

It was initially ruled that alcohol would be allowed at the competition, leading to Budweiser being named as a lead sponsor, but officials dramatically produced a U-turn on that decision and instead limited its sales to fanzones away from stadiums.