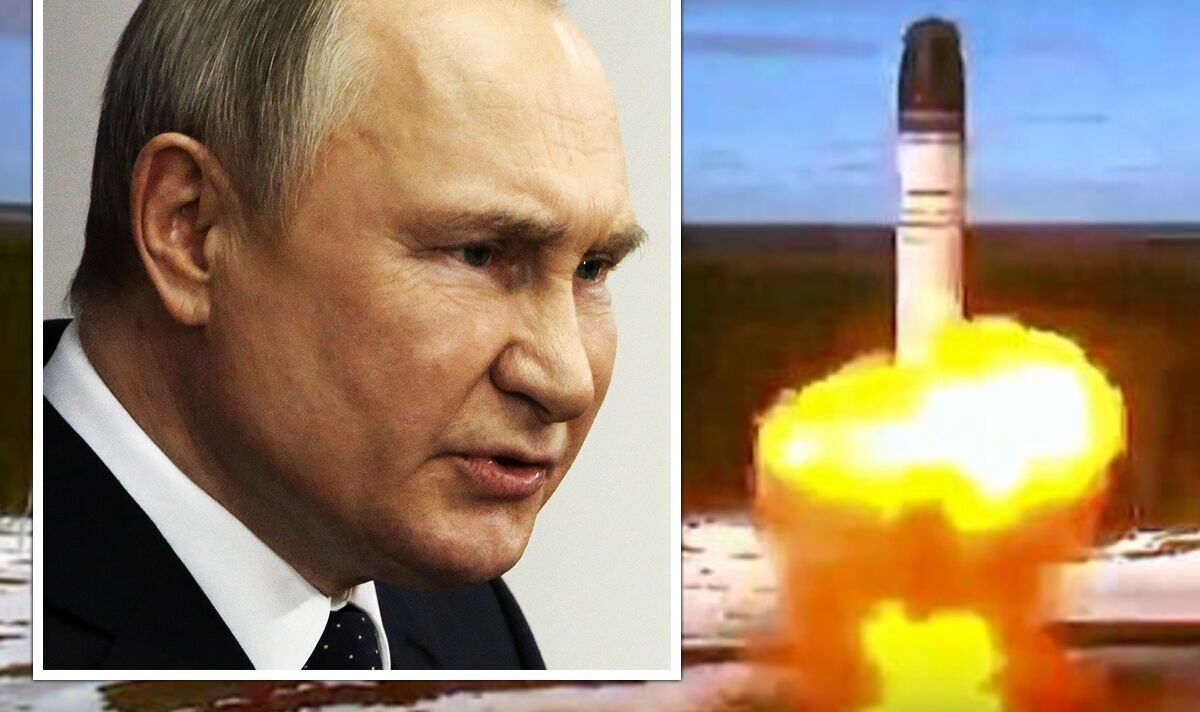 Colonel Mikhail Khodarenok, who retired from the Russian army more than 20 years, has regularly appeared on state television to give his analysis on state television, and doesn’t hold back against the Kremlin. On a primetime Rossiya-1 TV show earlier this week, he admitted: “We are now in total geopolitical isolation. We don’t want to admit it. But practically, the whole world is against us.”

The war in Ukraine has seen a “cohesion in Europe and rejuvenation of NATO” that has been remarkable, according to one expert, typified by both Sweden and Finland making their intentions clear to join the defence alliance.

Fraser Nelson is the editor of The Spectator and columnist for The Telegraph. He is also a member of the advisory board of the Centre for Social Justice and the Centre for Policy Studies.

During his recent State of the Union speech, US President Joe Biden declared: “In the battle between democracy and autocracy, democracies are rising to the moment.”

In an article entitled ‘Vladimir Putin’s plot to dismantle the West has backfired spectacularly’, Mr Nelson wrote for The Telegraph: “He’s certainly right about the end of neutrality.

Putin news: Russia’s plot to take down the West has failed but the threat of nuclear weapons remains (Image: GETTY•RUSSIAN DEFENCE MINISTRY)

Putin news: The Russian President has been met by fury from Western nations (Image: GETTY)

“Sweden and Finland both accepted that there could be no fence-sitting while Ukraine fought for its life.

“Even Switzerland is moving away from neutrality, discussing military exercises with NATO. Micheál Martin, Ireland’s Taoiseach, says Dublin’s position of neutrality could change at any time.”

Mr Nelson believes the “most consequential changes are those taking place in East Asia”, with some Asian states who were once neutral throughout the Cold War are “rallying to the democratic cause, volunteering for economic pain by joining the sanctions to an extent that, still, hasn’t been properly appreciated here”.

Japan is now rearming despite it seeing exports to Russia plunge by more than a third, with South Korea and Taiwan’s down by more than 60 percent.

He wrote: “So the countries that are joining the Western anti-Putin alliance are – for now – East Asian. Singapore, Japan, South Korea and Taiwan together speak for nine per cent of the world economy – about half the size of Europe, so quite a reinforcement.

“Having Asian democracies rally to Europe’s defence isn’t something that politicians here demanded or even expected.

“But a new alliance has taken shape nonetheless – one that sees things not as West and East but about the free world and its enemies.

“When the Ukraine conflict ends, a great many things will have gone forever. The old idea of ‘the West’ may be one of them.”

DON’T MISS
China starts seizing passports – it’s an overture for war with USA [OPINION]
Have your say: Should UK cave over Northern Ireland over US ultimatum? [COMMENTS]
Britain set to ‘feed WORLD’ with new breakthrough [REPORT]

But with the surging opposition towards Russia and Putin’s invasion of Ukraine – branded an epic failure by many – has led to more fears Moscow could resort to using nuclear weapons as a last resort.

Russian troops have been met with fierce resistance from Ukrainain forces, who have pushed them out of major cities they had been confident of occupying.

Russia also reacting with fury over the news Sweden and Finland are joining NATO – a defence alliance it is strongly opposed to being enlarged.

Recently, Putin has increased the scale of threats of a nuclear war by flaunting what is said by some as “the most destructive weapon on Earth”.

The “Satan 2” nuclear missile can travel at hypersonic speeds and reach parts of Europe in seconds.

Repeated claims on Russian state television have bragged about “wiping the UK off the map” with a single strike.

Launching from silos in Russia, the mega-missile, which has a range of 11,000 miles and can travel at eye-watering speeds of 16,000mph, could hit London in just 200 seconds.

Russia’s defence committee deputy chairman Aleksey Zhuravlyov also recently said: “If Finland wants to join this bloc, then our goal is absolutely legitimate – to question the existence of this state.

In a warning to the US, he said: “If the United States threatens our state, it’s good: here is the Sarmat for you, and there will be nuclear ashes from you if you think that Russia should not exist.

“And Finland says that it is at one with the USA. Well, get in line.”