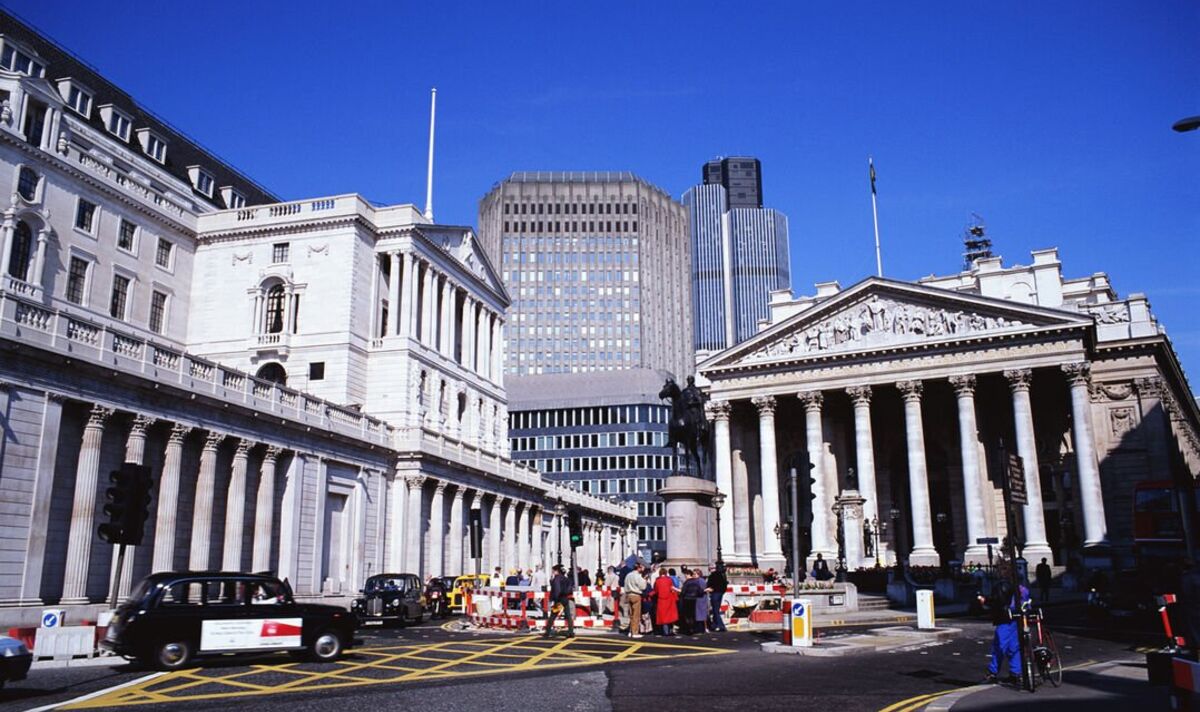 When the financial crisis struck in 2009, the Bank of England slashed interest rates and started a controversial bond buying programme called quantitative easing, or QE. It appeared to save the day, but now we are discovering there is a hidden cost.

The BoE has come in for renewed criticism after it admitted that taxpayers could be on the hook for anything up to £200billion as under-fire governor Andrew Bailey scrambles to unwind its virtual money printing policy known as QE.

The BoE first unleashed QE after the financial crisis to buy bonds in a bid to cut interest rates, boost shares and support the economy.

Policymakers doubled down during the pandemic, lifting total bond purchases to a staggering £895billion.

It is now starting to sell those bonds to curb inflation, a process known as quantitative tightening (QT), but the cost of its policy is becoming clear.

So far, the government has received profits totalling £120billion from QE due to low interest rates. Today it is running at a loss as interest rates rise. The higher they rise, the bigger the loss.

The Office for Budget Responsibility forecast that the Treasury faces a bill of £133billion between now and March 2028, wiping out earlier profits.

The BoE itself has admitted that the total net loss could range from £50billion to as much as £200billion. The truth is that it has absolutely no idea how much taxpayers are on the hook for.

QE was always a “dangerous policy” and continued for far too long, said former Pensions Minister Ros Altmann. “It was meant to be a short-term experiment to prevent deflation but even as inflation started rising the bank did not unwind it.”

It has played havoc with market pricing and pension funds, and now taxpayers are picking up the bill. “First, we paid billions to bail out the banks and now we will be paying more billions to unwind those measures.”

Altmann said QE has damaged younger people by inflating house prices and undermining pensions. “Now taxpayers will lose out, too.”

The BoE should have ended QE support earlier, said Victor Trokoudes, chief executive of savings app Plum. “Last year it made the infamous reference to inflation as being ‘transitory’, when in fact it had taken root.”

The cost of QE is increasing sharply with little apparent way out, Trokoudes added. “The only hope is that interest rates will not rise as much as expected, mitigating the cost.”

Another big problem with QE is that it contributed to the cost of living crisis, said Julian Jessop, economics fellow at the Institute of Economic Affairs. “Printing huge amounts of money when the economy was locked down was a recipe for runaway inflation.”

Jessop said QE also blurred the lines between monetary policy and fiscal policy, by making it easier for the government to borrow and spend at will.

It is right to reverse this policy but HM Treasury will have to reimburse the BoE for any losses it incurs, Jessop added.

“So far, the Treasury has received a whopping £120billion in profits but it may now have to hand all of this back, and possibly more.”

Martin Hartley, UK managing director of Emagine Consulting and a member of the BOE decision making panel, argued that Bailey had little choice but to launch QE in the heat of the financial crisis. “QT has to follow QE easing and there was always going to be a cost. Yet if we ride the storm it may control inflation and ultimately bring interest rates down.”

Giles Coghlan, chief market analyst at HYCM, also raced to defend the BoE. “Pent-up demand from Covid, supply chain issues and the energy crisis are to blame, not Andrew Bailey.”

David Morrison, senior market analyst at Trade Nation, noted that all central banks, led by the US Federal Reserve, were doing QE. “So the Bank was simply playing follow my leader.”

Finding a buyer for hundreds of billions of pounds worth of bonds is no easy task especially given recent political instability, said Tom Hopkins, portfolio manager at BRI Wealth Management.

The BoE has attracted bids for more than £2.4billion of bonds but “the BoE will be aware it must tread carefully to avoid spooking an already fragile market”, Hopkins said.