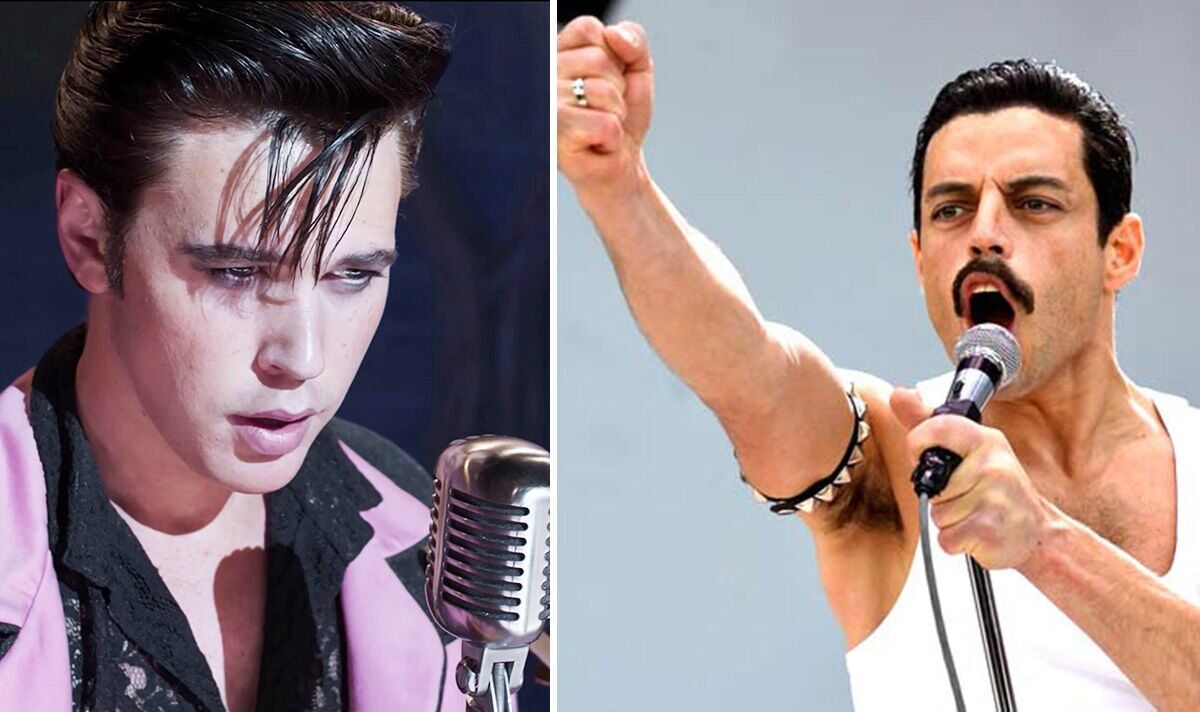 Rock biopics are all the rage in Hollywood right now with the likes of Elton John’s Rocketman and Queen’s Bohemian Rhapsody having been huge successes in recent years. Now it’s Elvis Presley’s turn this weekend as Baz Luhrmann’s Elvis hits cinemas. Title star Austin Butler has admitted how terrified he was to take on The King of Rock and Roll, so sort advice from Freddie Mercury star Rami Malek, who won the Best Actor Oscar for playing the Queen singer.

Butler has been widely praised for his performance as Elvis, with The King’s daughter backing him for the Academy Award next year.

However, when he was first cast, he admitted: “I was nervous and afraid of the big numbers with tons of extras, to go out there and perform in front of a lot of people. I was filled with terror at that idea.”

Before filming began in early 2020, Butler contacted Malek to get the advice he well and truly needed.

On how helpful Malek’s advice was, the Elvis star added: “That was so liberating to me because then I still focused on the specifics every day. I painstakingly obsessed about his voice and how it changed, his movements and how they changed, learning karate, and all of these things. But, at the end of the day, it was [Elvis’s] humanity that was important to me, so that became the throughline to the rest of it.”

Elvis is out now in cinemas and Bohemian Rhapsody is streaming on Netflix, Disney+ and All 4.