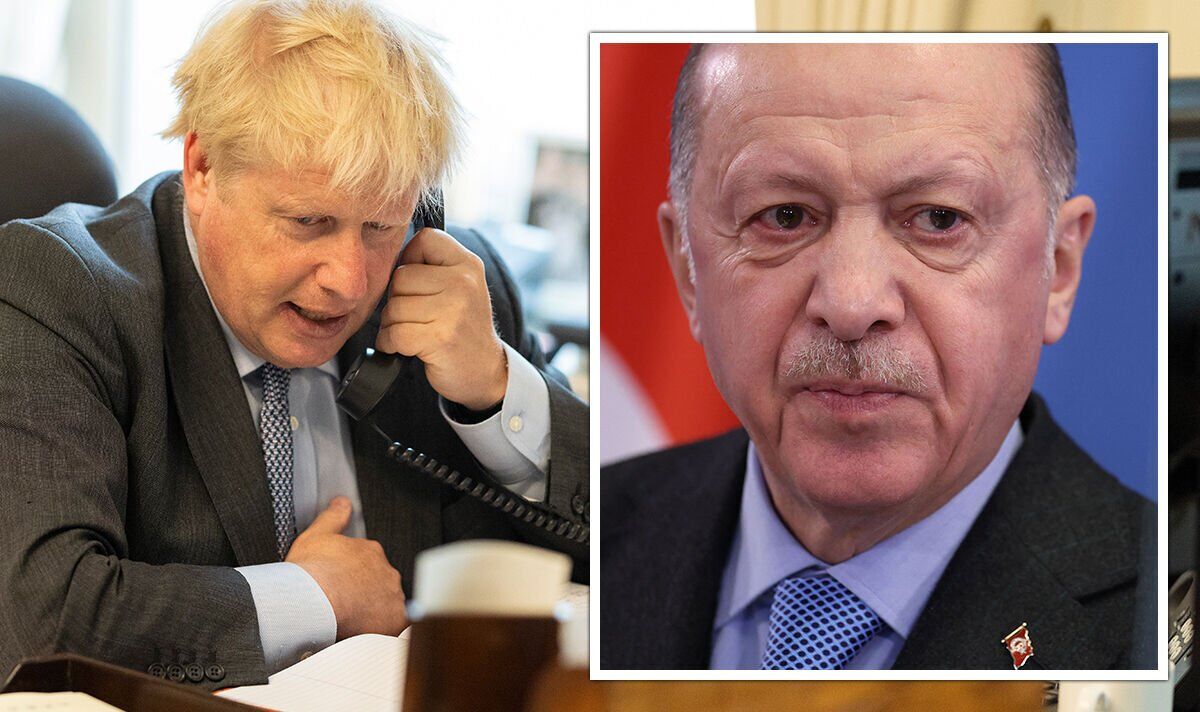 The Prime Minister spoke with Recep Tayyip Erdoğan on Tuesday about Russia’s blockade of Ukraine exports from the Black Sea. However, Mr Johnson also told Mr Erdoğan the UK stands behind Finland and Sweden’s plans to join NATO, despite Turkey’s opposition to the countries joining the military bloc.

A statement published by the Government said: “The Prime Minister spoke to the President of Türkiye, Recep Tayyip Erdoğan, today to discuss global food security and defence and economic cooperation.

“The Prime Minister updated President Erdoğan on his recent visit to Kyiv, and the leaders agreed on the importance of ending Russia’s war of aggression and restoring Ukrainian sovereignty.