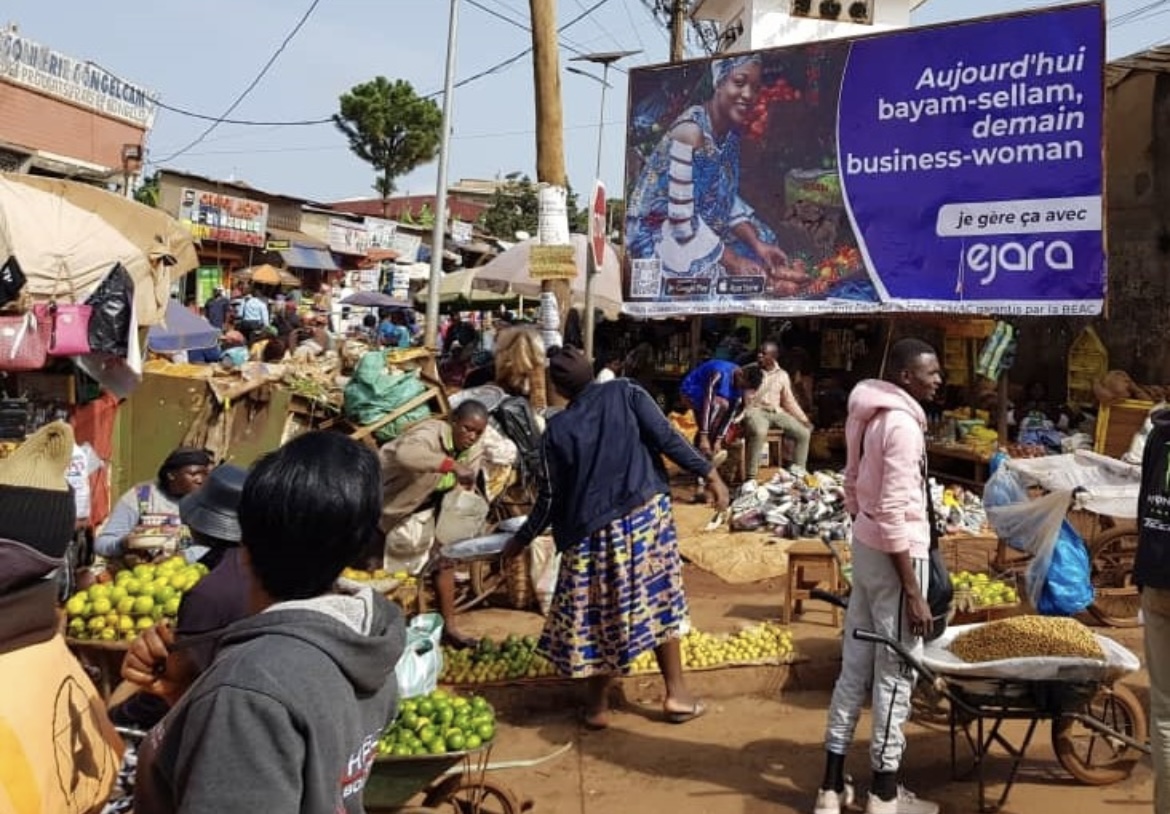 Ejara, a Cameroonian fintech offering an investment app that allows users to buy crypto and save through decentralized wallets, has raised $8 million in Series A investment.

Participating VC firms in this new financing include other follow-on investors Mercy Corps Ventures, Coinshares Ventures and Lateral Capital–and new investors such as Circle Ventures, Moonstake, Emurgo, Hashkey Group and BPI France. Jason Yanowitz, co-founder of Blockwoks is one of the angels in the round.

Ejara wants to “democratize access to investment and savings products across the region, using blockchain technology.” While its recently launched savings product where it tokenizes government bonds is one of the ways it uses blockchain, so is its crypto product which was pivotal to the two-year-old startup raising $10 million in less than 18 months.

By providing users in Francophone Africa with an option to buy, sell, exchange and store their crypto investments, CEO Nelly Chatue-Diop and her co-founder Baptiste Andrieux saw an opportunity to increase crypto activity in the region. However, unlike most crypto platforms in Africa that provide custodial wallets to users, Ejara offered customers the option of non-custodial wallets so they could own and store their keys. That decision paid off, especially during this period when the collapse of FTX and other crypto organizations continue to underscore the need for customers to prioritize privacy and ownership when dealing with crypto and tokenized assets.

“When everyone was taking the other route and building centralized exchanges, we always thought that, if you want to own crypto, you need to own your keys. And that’s pretty much what’s saved us in turbulent times,” Chateau-Diop said to TechCrunch over a call.

Ejara’s crypto product has caught on fast with users in a region where access to financial products is limited to the most informed and wealthy. In addition to connecting their mobile money accounts and accessing crypto, users could also make cross-border transactions via stablecoins. As a result, users on the platform have grown in multiples over the last 14 months. Last October, it had 8,000 users from Cameroon, its first market and others including Ivory Coast, Burkina Faso, Mali, Guinea, and Senegal. Now, it counts over 70,000 users across nine Francophone African countries.

Chateau-Diop – who noted that Ejara has seen revenue growth 10x and achieved a 15% month-on-month transaction volume growth since last October despite crypto’s meltdown – expects users on the platform to reach 100,000 by the end of the year. Its savings product, which Ejara described, in a statement, as the first of its kind in the crypto world, was launched to get it there. “In an ecosystem where many people around the world are trying to find use cases for blockchain technology, Ejara has demonstrated that startups in emerging markets are likely to pioneer many such innovations in web3,” the company added.

With this product, the Cameroonian fintech asserts that users do not need to set up a bank account to access savings products but can instead start that journey with Ejara by downloading its app and depositing a minimum of 1,000 CFA franc (~$1.5). Users can earn up to 10% interest on their two-year deposits on the platform, said Chateau-Diop, while adding that Ejara is going up against traditional financial institutions with this product.

“The competition for treasury bonds is with the traditional asset managers and banks. And given the way they are structured, they mainly target high-net-worth individuals and institutions like other banks or insurance companies,” she commented. “Nobody is targeting the woman selling the markets or the man driving a motorbike for a living. And because we structure the product the way we do, we have many people come to our platform because they can save up to 1000 CFA franc daily.”

Both lead investors in this round recognize Ejara’s ambition to be a financial super app of some sort for users in French-speaking Africa and even those in the diaspora who send and invest money back home. Mia Deng, a partner at Dragonfly said Ejara is well-positioned to imitate the growth of China’s Alipay and WeChat Pay, two prominent web2 super apps based, in the early 2010s and help the Francophone region achieve a web3 financial leap in the coming years.

“Conscious of the challenges across the zone, Ejara does not intend to limit itself to being a crypto app, but rather to become a one-stop-shop for products tailored to the needs of Africans:  a shop where a suite of financial products will be accessible at their fingertips, without the need for any crypto knowledge,” stated Ruth Foxe Blader, partner at Anthemis, on Ejara’s potential.

Ejara’s journey to a million users is somewhat dependent on how fast its target audience catches on to the nuances associated with crypto, savings and investments. It’s one reason why the fintech is championing a couple of non-profit initiatives to teach the public, particularly women, girls and orphans about crypto, savings, investments (it is yet to launch its fractional investments product) and financial education while prepping the market for its growth.

“The initiative we launched for women and orphans and girls is to improve their financial literacy and computer skills. When I think about Ejara, I think about an ecosystem and as a leveler to bring the community together, whether they are in Africa or the diaspora, whether they belong to the elites, or they are in the poorer layers of the community,” said the chief executive who also mentioned that Ejara recently obtained a license to extend its offerings to the French-speaking diaspora in Europe.

Last week, Djamo, an Ivorian fintech announced what seems to be the largest equity round in the country. At $10 million, Ejara is one of Cameroon’s most-funded companies (if not the most funded). That’s two similar events across different Francophone markets in quick succession. Though it’s too early to say, it appears the market is embracing innovation, and its ecosystem — which for the most part, embodies a strict regulatory landscape — is getting attractive to foreign venture capital despite the current global downturn.