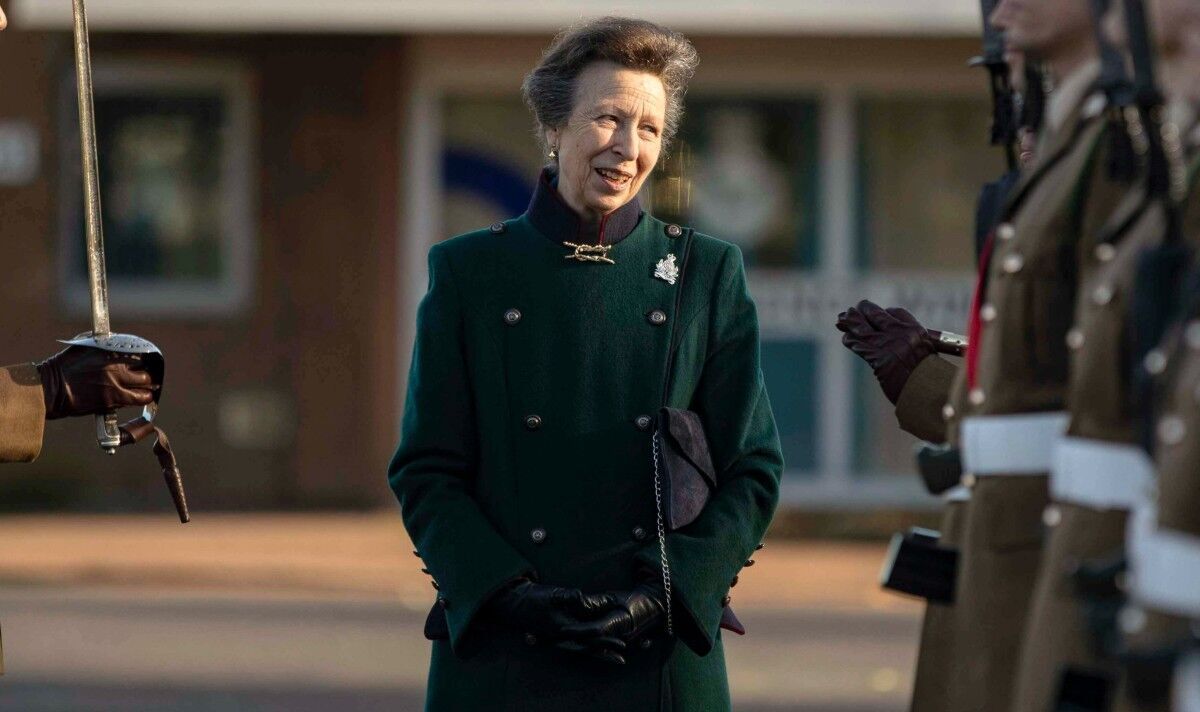 Anne’s jewellery stood out – she was wearing two symbolic brooches. One was a large, gold brooch, pinned just underneath her collar.

The other brooch was in the shape of the Intelligence Corps’ symbol, which is a rose with a crown on top of it.

The choice of the rose as the symbol for the Intelligence Corps derives from the practice in Roman times of placing a rose on a door behind which secret matters were being discussed, giving rise to the expression, “sub rosa”, under the rose, according to Britain’s Imperial War Museums website.

Anne’s earrings were gold and diamond-shaped, which she has worn on many past occasions.