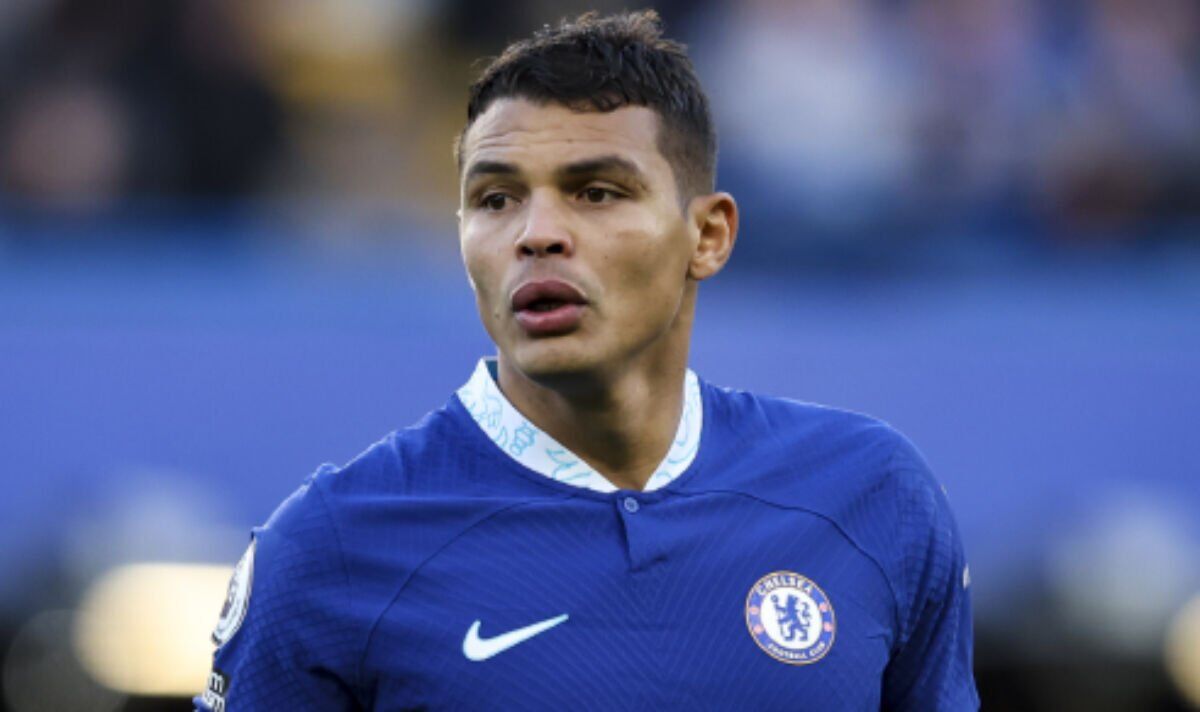 Chelsea have already explained their stance on rumours linking defender Thiago Silva away from the club when his contract expires at the end of the season. Liverpool have been urged to sign the Brazilian on a free transfer and pair him with Virgil van Dijk as Jurgen Klopp continues to look for ways to fix his side’s defensive woes.

Silva, 37, was imperious once again as Graham Potter’s side kept a clean sheet in their 0-0 draw away to Liverpool on Saturday and prompted former Chelsea striker Tony Cascarino to urge the Reds to sign him at the end of the season. “Thiago Silva’s performance was just extraordinary at the back,” Cascarino told talkSPORT.

“You just laugh at someone who is 37 who gets in a one-on-one with [Darwin] Nunez who is lightning quick and OK he might catch after you, but he doesn’t get away from Thiago Silva. Which is extraordinary, brilliant defending.

“He was outstanding again for Chelsea yesterday [Saturday], Thiago Silva. He has got the [Paolo] Maldini in him, [can] play until 40 quite comfortably. If Chelsea didn’t offer a contract to him at the end of the season, there will be plenty that would without a doubt, because I would. If I was in a management position, I would be saying ‘I will take him for a year’, absolutely.

Win a pair of tickets to the Premier League or Women’s Super League match of your choosing! CLICK HERE

“Yeah [I would take him at Liverpool], if I could get him for nothing I would get him in absolutely, he is a fabulous footballer. He is so composed, rarely gets in trouble, everybody talks about his age and people think you can get behind him and run him, I can’t think of many who have actually outran him and got in behind, he seems to read the game so well.”

Though Silva’s contract at Stamford Bridge does expire at the end of the season, transfer expert Fabrizio Romano has explained that the club’s chiefs “love” the centre-back and want to keep him at Chelsea. Chelsea are having conversations with some of them [players with expiring contracts]. For example, Thiago Silva. They love Thiago Silva, they love how are they playing, they love his impact in the dressing room,” explained Romano to CBS Sports.