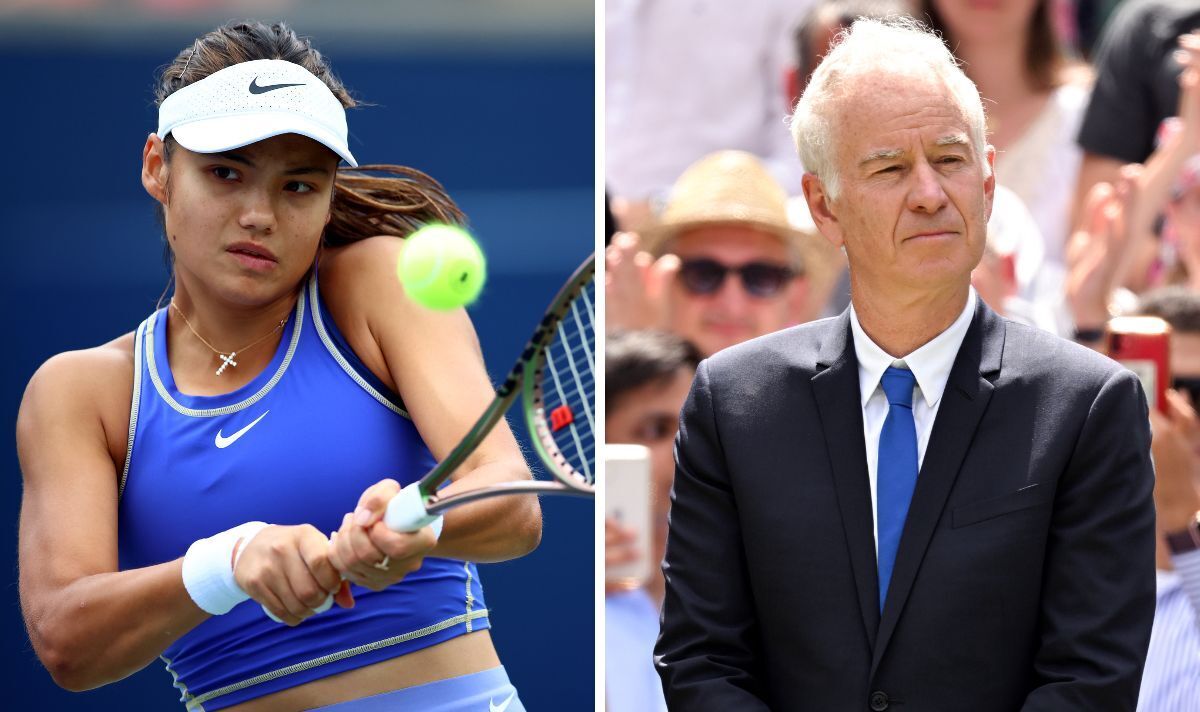 Emma Raducanu has been told to accept a meeting with John McEnroe despite the retired pro’s constant criticism of her. The seven-time Grand Slam champion first caused controversy for his comments on Raducanu when she retired mid-match at Wimbledon last year and has since been one of her toughest critics, but said he wanted to connect with her during Wimbledon this year with Express Sport readers urging the Brit to take the meeting.

McEnroe has been a constant critic of Raducanu, dating back to her Grand Slam debut at Wimbledon last year where she stormed to the second week as a world No 338 wildcard on her debut but retired in the fourth round with breathing difficulties, as the American claimed the teenager couldn’t handle the pressure.

She silenced her naysayers, including the former world No 1, when she became the first qualifier in history to win a Major title at the US Open weeks later, but McEnroe has continued to scrutinise Raducanu’s performance in the year since her triumph as she has battled injuries and is yet to go beyond a quarter-final.

It then came as a surprise when he said he wanted to meet the world No 10 earlier this year, and over half of Express Sport readers now believe the 19-year-old should take up his offer. In a survey of 19,581 readers, 52.5 per cent said yes when asked whether Raducanu should accept the American’s request for a meeting.

JUST IN: Alcaraz shoots down successor claims with Djokovic and Nadal admission

It comes after the 63-year-old revealed he had never even had a conversation with Raducanu despite his comments on the US Open champion, and shared his eagerness to meet the tennis star.  “I’m not close to her. In fact. As a matter of fact, I’ve never spoken to her,” he told Tennis365 during this year’s Wimbledon.

“I hope to have the opportunity soon because she is obviously a breath of fresh air. She is a very sweet girl, a beautiful girl and plays great tennis. What’s not to like.” While the majority of Express Sport readers thought the Bromley local should meet the seven-time Major champion, 28.5 per cent weren’t sure while 19 per cent thought she should shun McEnroe.

The world No 10 will likely encounter McEnroe at the upcoming US Open, when she returns to face the challenge of defending her first – and so far only – title of her career later this month. Her preparations in the North American hard-court swing started well with a quarter-final showing in Washington last week but took a wrong turn when she lost in the opening round in Toronto on Tuesday.