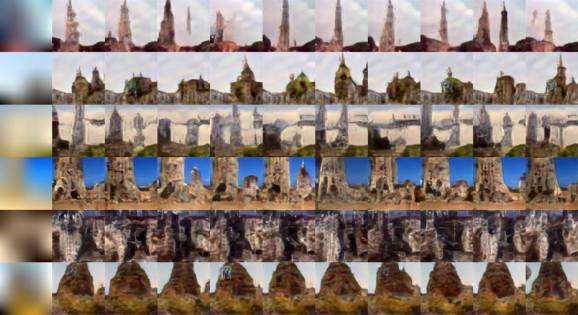 Got email marketing? We’ve got best practices from LivingSocial and estate sale guru Everything But The House in our next Insight webinar.

Researchers at Facebook have taken a step closer to a holy grail of artificial intelligence known as unsupervised learning. They’ve come up with a way to generate samples of real photographs that don’t look all that fake.

In fact, the computer-generated samples — of scenes featuring planes, cars, birds, and other objects — looked real to volunteers who took a look at them 40 percent of the time, according to a new paper on the research posted online yesterday.

The research goes beyond the scope of supervised learning, which many startups and large companies, including Facebook, use for a wide variety of purposes.

Supervised deep learning traditionally involves training artificial neural networks on a large pile of data that come with labels — for instance, these 100 pictures show geese — and then throwing them a new piece of data, like a picture of a ostrich, to receive an educated guess, like whether or not the new picture depicts a goose.

With unsupervised learning, there are no labeled pictures to learn from. It’s sort of like the way people learn to identify things. Once you’ve seen one or two cell phones, you can recognize them immediately.

And that “pure research” is utterly fascinating. Google this week demonstrated that its neural networks can generate downright trippy representations of images — Fergus said they “look super cool” — but fundamentally that work “doesn’t get you any further in solving the unsupervised learning problem,” Fergus said. It’s much harder, he said, to generate images that look real that images that look psychedelic.

To do this, Facebook is using not one but two trained neural networks — one generative, and one discriminative. You give the generative one a random vector, and it generates an image. The second one decides if the output image looks real.

The resulting system can produce tiny 64-by-64 pixel images.

“The resolution is enough to have a lot of complication to the scene,” Fergus said. “There’s quite a lot of subtlety and fidelity to them.”

Naturally, the researchers will be training the system to work with larger and larger images over time.

Read the paper (PDF) to learn about the research in detail. Facebook will release its new code for the work under an open-source license, probably by the end of next week, a spokesman said.