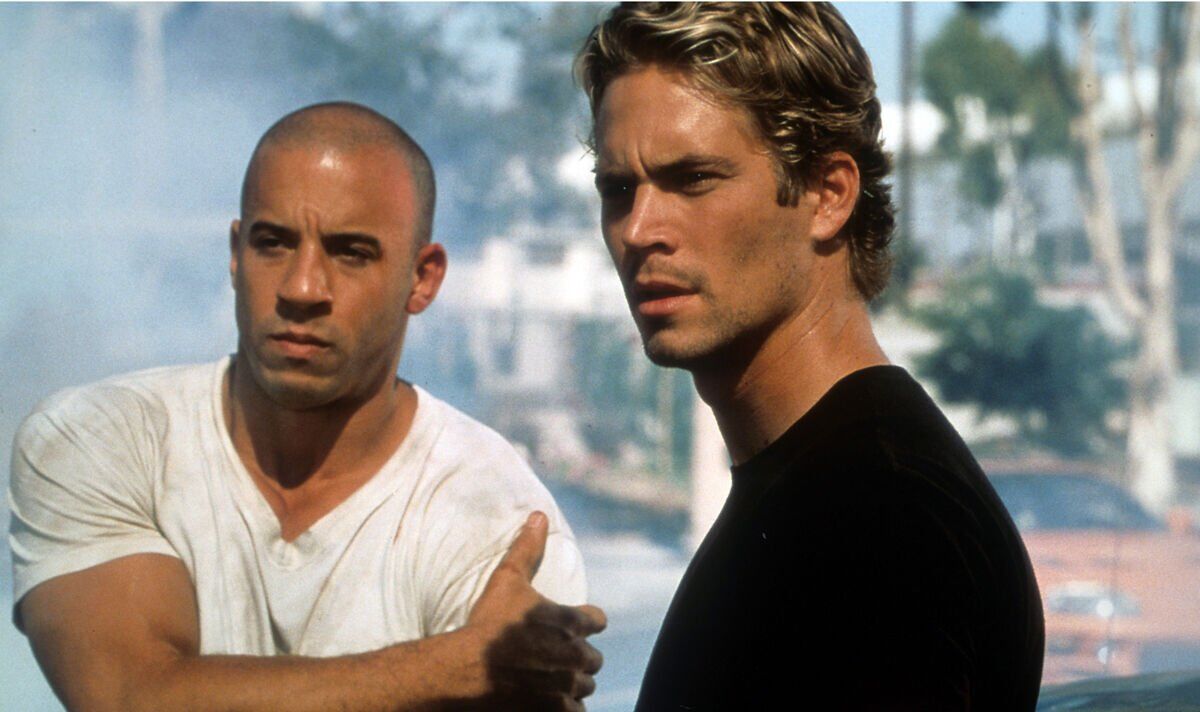 The Fast and the Furious hit ITV screens over the weekend and explored the first steps of the relationship between Paul Walker and Vin Diesel as Brian O’Conner and Dominic Toretto. But long before Walker became an international star by playing the undercover cop, the franchise looked at an iconic rapper to join the series instead.

The Fast and Furious franchise has always worked closely with musicians across their nine films thus far. Ludacris is a mainstay in the series, while Cardi B, Bow Wow, Ja Rule, and even Iggy Azalea had cameos or a few scenes in the series.

But it was Marshall Mathers – Eminem – who was the first pick for the franchise.

The Stan rapper was approached by Universal studios to take on the now-legendary role of Brian O’Conner in the first film in the series. However, their timing was completely off.

At the exact same time, Eminem was working on bringing his film debut to life, 8 Mile. As a result, he was forced to decline the Fast and Furious role offer, leaving him to focus on his role as B-Rabbit in the movie. Ultimately, Eminem made the right choice. He went on to win an Oscar for his soundtrack song Lose Yourself.

Walker went on to play Brian, however, making him one of the faces of the franchise, and kickstarting a loving friendship with Diesel.

That was not the end of Eminem’s journey with the Fast and Furious franchise. Years later, he was approached once again. According to Fuse, Eminem was approached to join the ranks of Furious 7 13 years later in 2015.

This time, though, it wasn’t for an acting role. Instead, Eminem was asked to contribute to the soundtrack with a song written for him.

But – once again – the timing just wasn’t right. At the same time, Eminem was working on a song for the 2015 Jake Gyllenhaal movie Southpaw.

Eminem reportedly did not want to also contribute a song to Furious 7 because he would then have two songs competing in the charts at the same time.

As a result, he once again politely declined the Fast and Furious work. In his place, Wiz Khalifa and Charlie Puth wrote the track See You Again together. The song topped the Billboard Hot 100 and went 11x platinum in the USA.

Watch the Fast and Furious series on NOW.