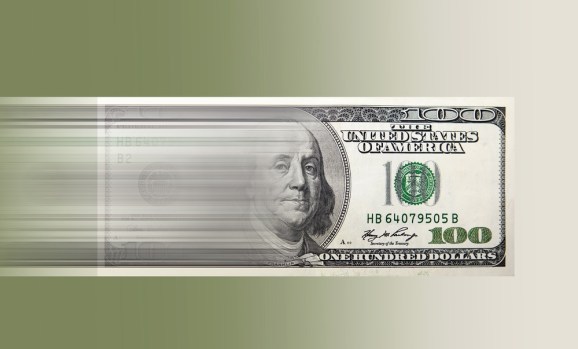 Fintech is hotter than ever with investment tripling to $ 12.21 billion in the past year, according to Accenture’s 2015 report. Recent Jobs Act legislation is fueling this trend, with deregulation of crowdfunding leading the surge of investments from retail and institutional participants.

Lending Club, for example, recorded the biggest tech IPO of 2014, raising some $ 865 million on the New York Stock Exchange at a valuation approaching $ 9 billion. According to projections from Fundable, a crowdfunding startup, global crowdfunding initiatives will raise $ 500 billion annually by 2020.

Crowdfunding, robo advisors, and digital currencies have captured the most attention from those disillusioned by Wall Street. Away from the headlines, a new crop of financial technologies is exploding.

The fintech 2.0 age represents a leap towards faster, leaner, more tech-savvy platforms built for the finance industry. The fintech 2.0 economy will emerge out of the following trends: open architecture, smart due diligence, and the proliferation of complex investment vehicles. Let’s explore this new wave of fintech innovation.

The Accenture report highlights the growing popularity of open-source innovation within financial institutions. Specifically, financial firms are channeling the power of the crowd and making their application programming interfaces (APIs) accessible to outside developers.

Goldman Sachs is at the forefront of this push in the United States. The report notes the investment bank’s placement of its proprietary source code on GitHub, a collaborative code-writing platform for developers and programmers. By embracing the sharing economy, Goldman could benefit from disruptive innovation more rapidly and cost effectively than if it had constrained R&D within its internal, closed IT system. In Europe, the report spotlights Germany’s Fidor Bank and Spain’s BBVA. The former enables outside developers to revise code, building new services out of the bank’s existing platform, and the latter launched a new business bank in the U.S. called SEED, which allows small businesses to customize the interface to suit their specific banking needs.

We envision a future where M&A deals and other complex workflow moves at light speed, with organizations exhausting less capital and human talent on processes that can be automated. Significant advances in machine learning, driven by pattern recognizing algorithms and predictive coding, allow people to collaborate with technology to find key data points more efficiently. This collaboration has already started to transform discovery in the legal sector. Ever since 2012, when federal Judge Andrew J. Peck ruled in favor of technology-assisted review for e-discovery, smart due diligence has become a hot topic.

This shift in the legal and regulatory landscape has paved the way for innovative companies like Kira Diligence Engine, which uses machine learning to automate the mining and review of data across contracts in the diligence stage. We think that smart diligence solutions will become increasingly valuable in the robust M&A market of 2015. Texts, social media posts, and other mobile device and cloud-stored data will amplify the volume of discoverable information, making automation all the more crucial.

With Title IV of the JOBS Act taking effect last June, non-accredited investors now have the ability to participate in online equity crowdfunding for startups. This historic regulatory shift means that equity crowdfunding is no longer reserved for high net worth or high-income individuals. Through the JOBS Act’s new Regulation A+ offerings, the general public can now impact and benefit from startup innovation with certain limitations and investment caps.

Title IV’s implementation promises to magnify the appeal of digital debt and equity marketplaces like AngelList, Crowdfunder, Prosper, and others. These services will engineer increasingly more sophisticated product offerings for investors. For example, crowdfunding platform AngelList is offering a mutual fund vehicle called Select Fund that lets Main Street investors own equity in a large, diversified portfolio of promising startups at the same terms as Silicon Valley’s most high-profile angels. Meanwhile, New York City-based Orchard Platform is disrupting the way institutional investors engage with and fund loan originators. This wave of innovation is igniting an economic revolution and empowering an investor class that has been shut out of the digital wealth creation engine for far too long.

Eric M. Jackson and Christopher Grey are the cofounders of CapLinked, a secure workflow solution for enterprise sharing. Jackson previously ran the marketing team at PayPal, and Grey was previously a private equity executive.