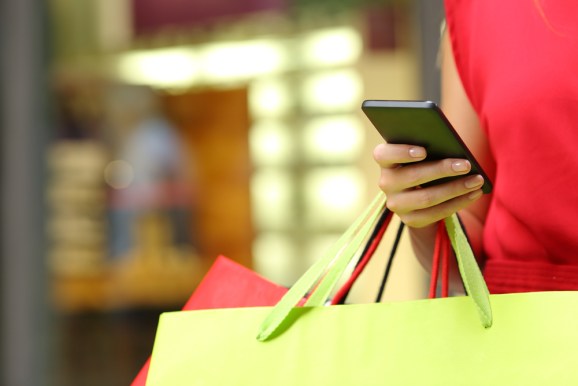 Adobe said that, for the first time ever, the majority of online shopping visits in the U.S. — 51 percent — will be on mobile devices. The data comes from the Adobe Marketing Cloud, Adobe says.

Adobe also believes that almost a third of all sales will take place on mobile devices. That’s a very interesting factoid, because the story up till now has been that consumers often use mobile devices as they knock around in the sales funnel, but when it comes time to actually buy, they typically revert to desktop or tablet.

That dynamic could be shifting.

As an interesting side note, Adobe projects that, once again, far more sales will take place on iOS devices than on Android. This stat shows up every year, and the speculation runs a couple of different ways. It could be that Apple owners are just more affluent. It could be that the shopping process feels more streamlined on iOS devices. It’s probably some mix of the two.

Adobe also provides a forecast of the top-selling gifts this holiday season. 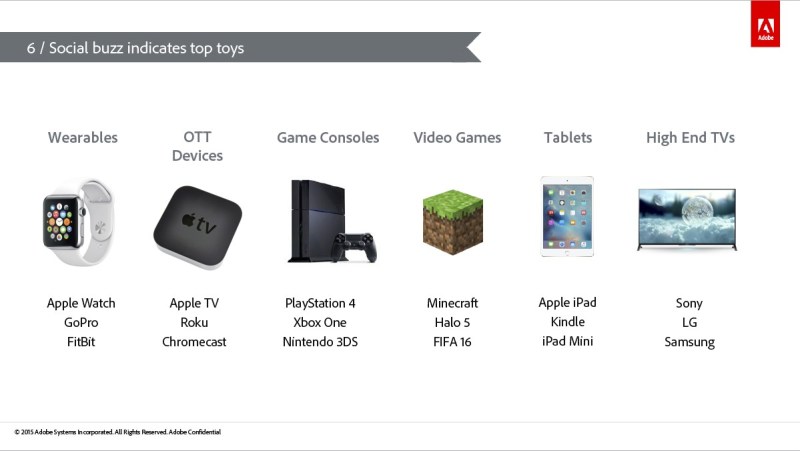 Adobe’s forecast is based on an analysis of 55 million product models with “aggregated and anonymous data of more than one trillion visits to 4,500+ retail websites.”  Adobe said it measures 80 percent of all online transactions from the top 100 U.S. retailers through its marketing cloud.  In past years, the company said, its predictions have been correct within two percent.