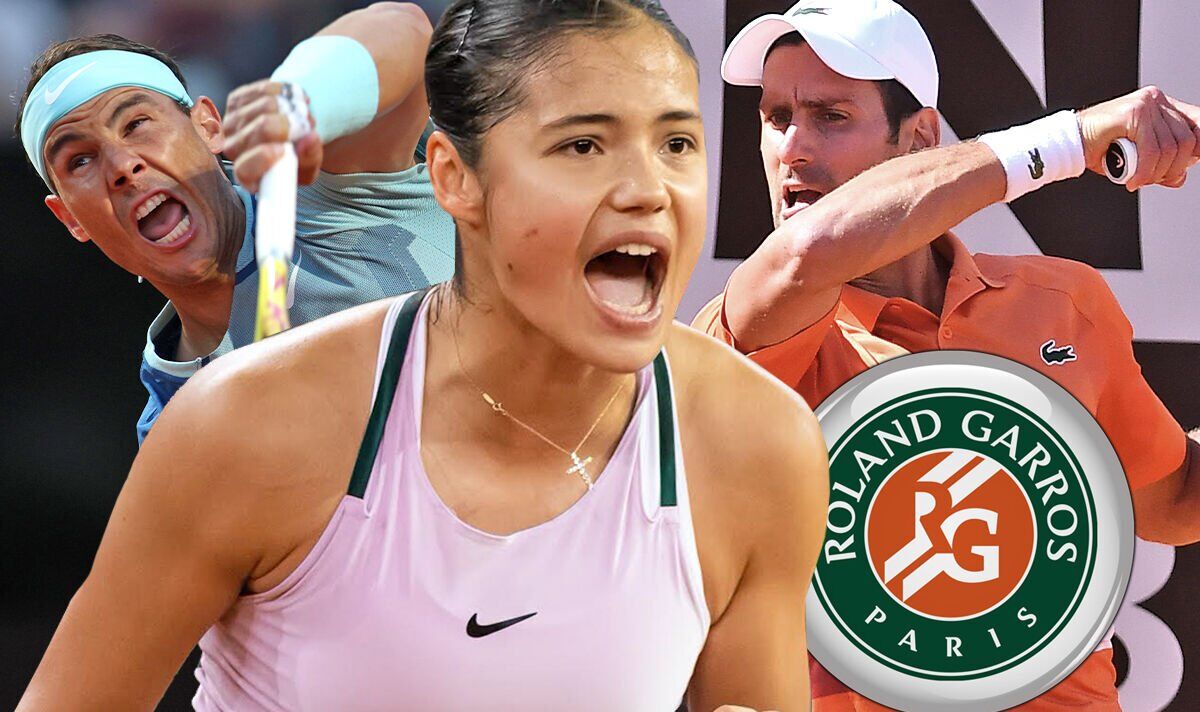 Tennis’ star names are set to discover their French Open fates with the draw set to help determine which storylines unfold at Roland Garros next week and beyond. The likes of Novak Djokovic, Rafael Nadal and Emma Raducanu are among those tennis fans are sure to be keeping a close eye on, and their potential routes to the latter stages of this year’s clay-court Grand Slam could throw up some mouth-watering clashes.

Nadal is heralded as the king of clay, and has prevailed at Roland Garros on a stunning 13 prior occasions. Djokovic was the victor last year, however, and may fancy his chances of repeating the feat with the Spaniard nursing rib and foot injuries in the lead-up to the tournament.

Nadal’s teenage compatriot, Carlos Alcaraz, could also throw a spanner in the works having beaten the aforementioned duo on his way to a sensational Madrid Open title earlier this month. Raducanu, meanwhile, will hope for another deep Grand Slam run after bursting onto the scene at Wimbledon and the US Open last year.

The men’s and women’s singles draws both contain 104 direct entrants, 16 qualifiers and eight wildcards with 32 seeded players in each. Express Sport brings you live updates from the draw below…