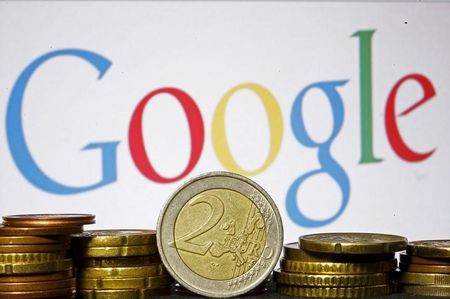 BRUSSELS (Reuters) – Google has rejected EU antitrust charges that it abused its market power, exposing the company to the risk of a hefty fine if it does not alter its business practices.

The company’s comments came after the European Commission in April accused it of distorting internet search results to favor its shopping service, harming both rivals and consumers.

“Economic data spanning more than a decade, an array of documents and statements from complainants all confirm that product search is robustly competitive,” Kent Walker, Google’s general counsel, wrote in a blog on Thursday.

VB just released Mobile User Acquisition: How top publishers get the best users for less money. $ 499 on VB Insight, or free with your martech subscription.

“We believe that the statement of objection’s preliminary conclusions are wrong as a matter of fact, law, and economics.”

The comments coincide with the company’s 150-page submission countering the Commission’s charges.

Commission spokesman Ricardo Cardoso confirmed the receipt of Google’s response to the charge sheet. “We will carefully consider Google’s response before taking any decision on how to proceed and do not want to prejudge the final outcome of the investigation,” he said.

If found guilty, the company could face a fine set at a level sufficient to ensure deterrence, according to the Commission’s charge sheet seen by Reuters. The EU antitrust authority can sanction wrongdoers up to 10 percent of their global turnover.

In his blog, Walker said the EU authority had failed to take into account strong competition from online retailers Amazon.com and eBay.

He also said internet traffic had risen by 227 percent in the last decade in the countries where the Commission said it had abused its power to the detriment of rivals.

Walker said the regulator’s demand that Google give equal treatment to its rivals was “peculiar and problematic” and only justifiable if the company provided an essential service like an electricity company.

Google’s foes were scathing of the company’s arguments.

“We have seen this movie before. Defendants in big European antitrust cases have made the same arguments,” said Thomas Vinje, a lawyer at lobby group FairSearch, whose members include Microsoft, Nokia, and TripAdvisor.

“And they argued, again like Google today, that the antitrust authorities just don’t get it, and that the remedy they demand cannot be implemented without causing technical and market chaos.”

Google has however been backed by one study by the Centre for European Reform, a pro-EU think tank. It surveyed prices of 63 items in Britain’s consumer inflation basket, comparing prices on Google Shopping with those of the first-placed retailer in normal search results.

Google Shopping was 2.9 per cent cheaper.

“Those who lose most from Google’s behavior are producers, not consumers, at least in the UK,” author John Springford said in a report published last month.

“If Google’s prioritization of its own shopping service gave it monopoly power, one would expect prices to be higher in its own service.”