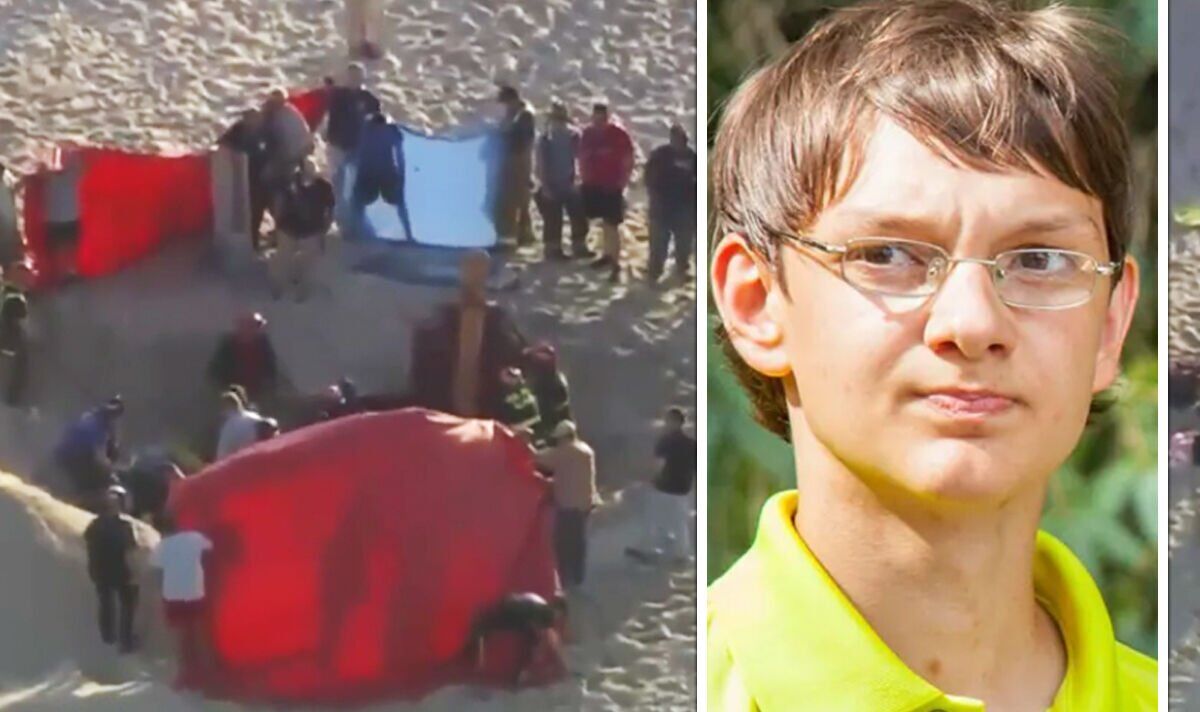 Levy Caverley, from the US state of Maine, died after a hole he and his 17-year-old sister were digging in the sand collapsed on them on Tuesday, May 17.

The tragedy happened in Toms River on Jersey Shore Beach shortly after 4pm, authorities said in a statement.

The teenager’s sister was rescued and treated at the scene.

The pair were reportedly digging a large hole in the sand when it collapsed.

READ MORE: Tragedy as jogger killed after being knocked down by car

The siblings and their family were visiting the beach, which lies on a large barrier island that stretches down the New Jersey coast, from out of town.

Aerial footage showed the efforts of rescue crews using boards and buckets to try to reach Levy, with Toms River Police confirming that a number of emergency crews attended the site.

A spokesperson said: “On Tuesday, May 17, 2022, at approximately 4.09pm, multiple police and EMS [emergency medical service] units were dispatched to the beach entrance near Seaview Road on the barrier island for reports of two teens trapped in the sand.”

It added: ”The 17-year-old female victim was rescued and treated at the scene, but her brother Levi Caverly, 18, of Union Maine, tragically died in the collapse.”

Levy’s father, Todd Caverly, described him as a “tech nut” who loved to program, played the drums and was involved in his church’s worship team.

Mr Caverly said in a statement: “Levy was himself. He was odd. He was quirky. He was not real concerned with what others thought.”

Holes or other structures dug in sandy areas like beaches can be deadly when they collapse.

Levy’s death comes two years after a similar incident in New Jersey as an eight-year-old child was pulled to safety after becoming trapped in the sand in July 2020.