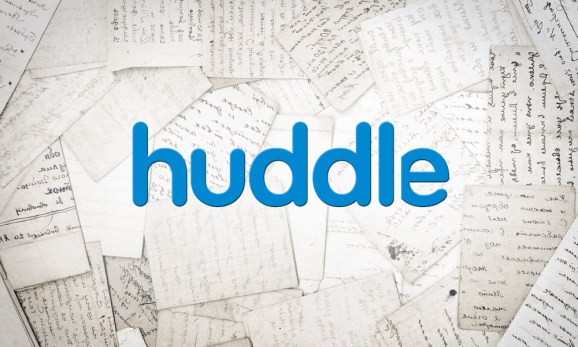 Enterprise collaboration platform Huddle is making its service accessible to users in a way that will feel more natural. The company today announced the general availability of its desktop app. With this release, Huddle Desktop also includes plug-ins for Microsoft Office applications, including Word, Excel, PowerPoint, and Outlook.

Available for both Windows and Mac computers, Huddle Desktop provides users access to files, removes concern about versioning, and allows users to work offline. As with any desktop application, Huddle now lets you do what you need to do without worrying about using a Web browser. 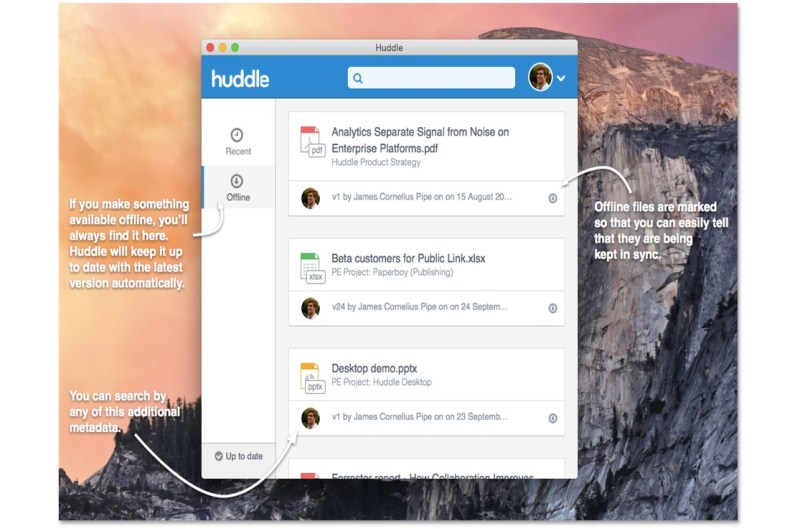 The Microsoft integration is beneficial as documents stored within Huddle can now be opened, edited, and saved natively from within the Microsoft Office suite of programs. All comments and feedback are also automatically synced back into Huddle’s database.

“Our goal is to make document collaboration as simple and intuitive as possible,” says Huddle’s chief technical officer Stuart Cochran. 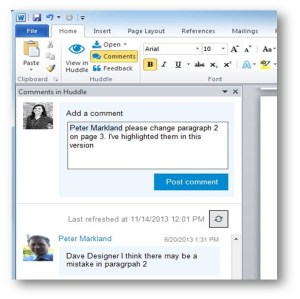 Making a native desktop application is a natural progression for the company. If you’re going to be in the collaboration space, you might as well make it so there aren’t added restrictions to using the service. Internet access, while important, was also a constraint — without it, you can’t even access the Web. And a desktop app is easier to find and use than a tab in your browser with nothing to help it stand out.

Huddle Desktop gives you most of the features you’d expect to find on the Web and mobile, but with some differences. Here are a few features exclusive to the desktop app:

Founded nine years ago, Huddle says it has done business with hundreds of thousands of organizations throughout the world — 60 percent of its annual revenues come from outside North America. With offices throughout the U.S. and in England, the company has cast a wide net. Since its creation, Huddle has raised nearly $ 90 million from DAG Ventures, Matrix Partners, Eden Ventures, Zouk Capital, and others.

The list of competitors include Podio, which was acquired by Citrix in 2012, Teamwork, Basecamp, Yammer, and of course Microsoft Sharepoint. But in this crowded marketplace, Huddle remains independent.

Although the company was started by Andy McLoughlin and Alastair Mitchell, it’s now run by Morten Brogger. McLoughlin left earlier this year to become a venture capitalist for SoftTech VC.

Huddle Desktop is available immediately for all of Huddle’s customers.