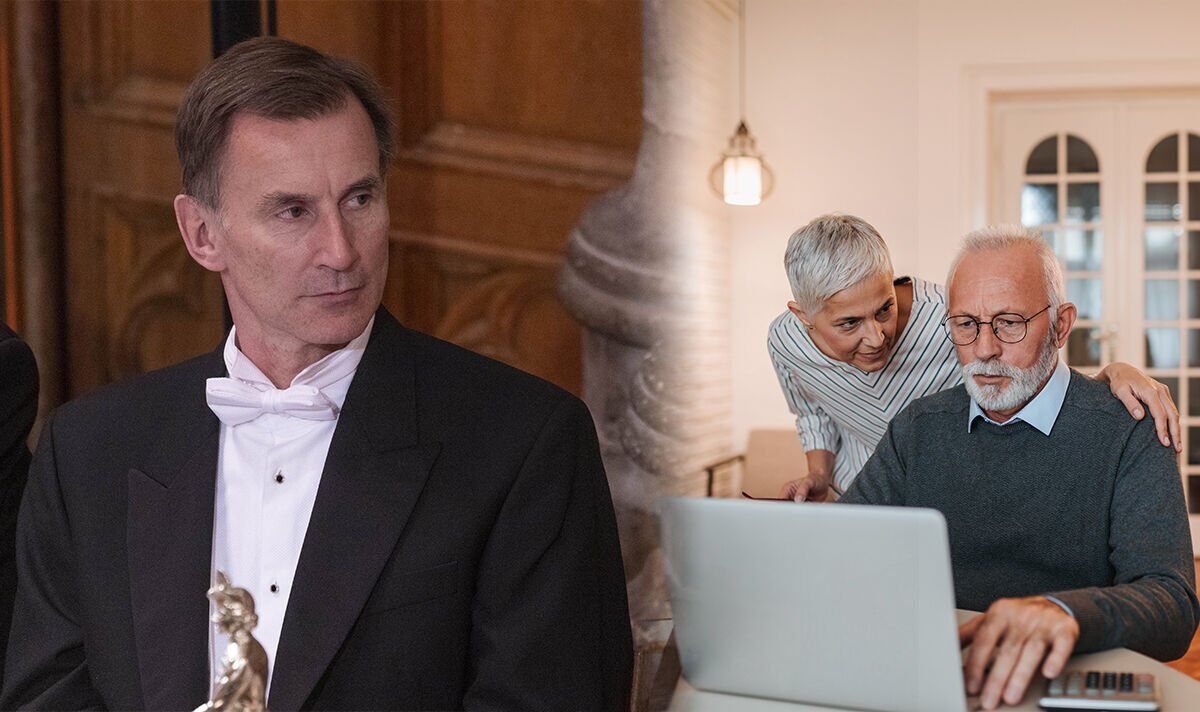 A rise to the state pension age could help the Government to save money, with current spending at £100billion on payments annually.

However, a rise would potentially create tension for the current Government, as many people resist the idea of working for longer.

The review is set to be published “early next year” according to the Chancellor Jeremy Hunt.

But how high could the state pension age rise in the future?

It is difficult to determine exactly what action Mr Hunt will take without risking “electoral oblivion” according to the expert.

Mr Selby continued: “Prime Minister Rishi Sunak and his Chancellor risk being caught between the devil and the deep blue sea when it comes to state pension age increases.

“A dramatic acceleration of existing plans would risk electoral oblivion while pushing back planned rises could cost the Exchequer tens of billions of pounds.

“Maintaining the current proportion of the population living up to and beyond state pension age would require an increase in the state pension age to 68 by 2034, 69 by 2038 and 70 by 2042, according to the International Longevity Centre, a highly respected think-tank.

“Younger savers need to prepare for a world where the state provides less of their retirement income than it has done historically.

“Indeed, it would not be surprising if those in their 20s and 30s today have to wait until their 70th birthday or even beyond to receive the state pension.”

It is not clear how long the Government intends for people to be in receipt of the state pension.

A possibility often floated is one third of adult life being spent in receipt of the sum, which would push back the planned increase to age 67 to 2040, but prove particularly costly for the Treasury.

It has been suggested the rising state pension age is necessary, due to hikes in life expectancy.

READ MORE: Carer’s Allowance set to rise by over £50 a month from April

Life expectancy has been growing at a rapid rate for decades, but between 2018 and 2020, this levelled off due, in part, to the pandemic.

Now, expectations of future life expectancy have also dropped, with some suggesting this should be taken into account for the state pension age.

The current review has promised to look at life expectancy “in every part of the UK” to ensure fairness in the ultimate outcome.

However, Mr Selby suggested this may not be sufficient enough, and added: “The downside of this approach is it does not take account of the yawning differences in life expectancy that exist in the UK.

“There are ways this could be addressed, but each comes with significant challenges. Means-testing could make the system fairer but would add unwelcome complexity, not to mention administrative cost.

“Allowing earlier access to the state pension, potentially at a reduced rate, would at least allow those who may have limited life expectancy to access some of their state benefit sooner.”

If there were to be major changes to the state pension system as it currently stands, they would undoubtedly be controversial.

There continues to be split opinion on how the system should operate, continuing to leave Mr Hunt in a difficult bind about what to do next.

A DWP spokesperson recently told Express.co.uk: “No decision has been taken on changes to the state pension age.